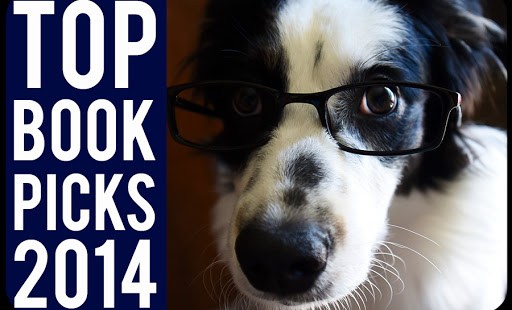 Our editors and contributors share their favorite reads of the year.

With Christmas right around the corner, it’s naturaly a time to think about books—for your own wish list, to buy as gifts for others, or for whittling away hours in airports and train stations over the next few weeks. Here are some favorites from many of the editors and regualr contributors of Aleteia’s English edition. Their picks range from fiction to history, classics to newly published favorites, and spirituality to theology—with a couple of children’s books thrown in. We hope something here piques your interest and helps enrich your Advent and Christmas seasons.

Two Years Before the Mast, by Henry Dana
The best rendering of life at sea during the era of Big Ships, and an eye-opener to New Englanders of all eras about the deeper historical roots of life in California.

A House for Mr. Biswas, by V.S. Naipaul
The best cross-cultural novel I’ve ever read. An amazing portrait of the Indian community in Trinidad and their heartbreaking fatalism.

The Common Reader, by Virginia Woolf
Some of the best literary criticism ever written, plus a transport back into a time when the literate reader was "common."

Refiner’s Fire by Mark Helprin
A novel that just keeps increasing one’s delight. Refiner’s Fire is a coming of age story—Dickens for our times. Helprin’s writing about New York and particularly the Hudson River Valley is astonishing.

The Lord, Romano Guardini
This is a classic of spiritually, a profound series of meditations on the life of Christ that trace His progress to the Cross and the Resurrection, bringing His world close and making his presence palpable.

The Great Bridge: The Epic Story of the Building of the Brooklyn Bridge, by David McCullough
As a native New Yorker walking across the Brooklyn Bridge, the thing that always impressed me most is the great view of the Manhattan skyline. Then I read this book, on what went into building this iconic span, not only the engineering challenges (building a foundation under water, for example) but also the corruption in New York City government at the time that almost derailed the project. McCullough draws the reader deeply into the lives of Washington Roebling, the chief engineer, and others who played a part, so much so that one feels like it was a relative who built this bridge. Perhaps that’s why when I finally had a chance recently to walk across the bridge again after many years away from the city, it felt like a pilgrimage. As I approached the first tower, I almost cried.

Faith of the Fatherless: The Psychology of Atheism, by Paul C. Vitz
Dr. Vitz recently updated his work on how some of the world’s best known atheists have lacked one very important thing in their lives—a healthy relationship with their father—and what it means for rearing children today. Their fathers were either absent, negligent, abusive, or uninterested in the lives of their children.

Transformation in Christ, by Dietrich von Hildebrand
A recently published work called My Battle Against Hitler by John Henry Crosby details this 20th century German philosopher’s battle against Nazism. But von Hildebrand, who was informally called by Pope Pius XII the "20th Century Doctor of the Church," is best known for this spiritual classic. It’s a large work, and it takes some effort to get into it, but a close, meditative reading will pay off.

The Seven Storey Mountain, by Thomas Merton
Merton’s writing is crystal clear, and though he may have wandered into Zen Buddhism later in life, this early work, which was almost an instant classic, still works wonders as a thrilling conversion story and intimate look into the hidden life of monasticism.

The Machine Stops, by E.M. Forster
We’ve all seen our world become more and more computerized, depersonalized and individualize: we no longer need to speak to gas station attendants, bank tellers or toll collectors; we click "like" to express our condolences or wish a happy birthday. This short story was written more than a century ago, and like Jules Verne or George Orwell, Forster—author of A Passage to India and A Room With a View—takes a fantastic view of what the world might be like in the future. You know what? He was pretty much spot on. And the ending of the story is both surprising and troubling. We think we got past Y2K alright, but read this story and think about how far we’ve come—and whether we need a course correction.

Homicide: A Year on the Killing Streets, by David Simon
I have a journalist friend who holds this book in such high esteem that he will not read the whole thing because the experience would be too humbling. I have read the whole book, and although it came out in 1991, I put it on my recommended reading list for Christmas this year because it does more than make you grasp the tragedy in Ferguson, Missouri; it makes you better grasp humanity’s experience unmoored from sacramental life.