The Miracle of the Poinsettia 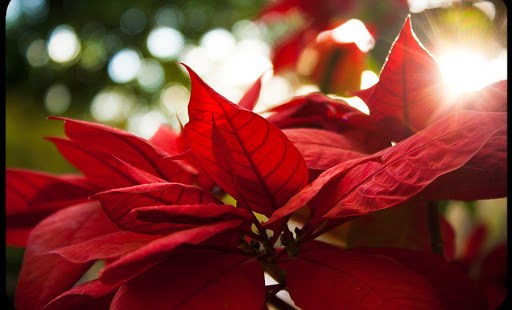 The deeper meanings behind the lovely Christmas plant

For years, we’ve given and received poinsettias in gestures of kindness during the Christmas season. They’re just so fittingly festive, with their mix of red and green leaves. What’s more, they’re relatively inexpensive and thoughtful at the same time. Did you ever wonder where that custom came from? I did, so I went exploring to find out. Here’s what I discovered.

Poinsettias are native to Central America, and were used by the Aztecs in a number of ways, to dye clothes, make cosmetics, and create medicine to cure fevers. The plant was discovered in 1828 by John Poinsett, US Ambassador to Mexico. He sent some Poinsettia plants back to South Carolina and began to grow them, thus the name. One of Poinsett’s friends, Robert Buist, began growing and selling them commercially. In 2002, Congress named December 12 National Poinsettia Day.

In the years since Poinsett brought the plants to the United States, poinsettias became known for their symbolism as well as their beauty. The shape of the plant’s flower and leaves resemble the Star of Bethlehem, which led the Magi to the Christ Child. The red color reminds us of Christ’s Blood, shed for our salvation. Some poinsettias have white leaves, which remind us of Christ’s purity. Green symbolizes life and hope. Before I did my research, I thought poinsettias were “nice.” Now, I think there magnificent!

Best of all is the old Mexican legend about how the poinsettia and Christmas became connected in the first place. Here’s how it goes.

Once, there was a poor Mexican girl named Pepita who had no present to give the Baby Jesus at Christmas Eve Mass. As Pepita walked, sadly, to the chapel, her cousin Pedro tried to cheer her up.

“Pepita,” he said. "I’m sure that even the smallest gift, given by someone who loves him, will make Jesus happy."

Still not knowing what she could give, Pepita picked a small handful of weeds from the roadside and made them into a bouquet. Having only this small present to give Jesus made Pepita embarrassed. As she walked through the chapel to the altar, she remembered what Pedro had told her. Feeling a bit better, she knelt down and laid the bouquet at the bottom of the nativity scene.

Amazingly, the bouquet of weeds burst into bright red flowers, and everyone who saw them were sure they had seen a miracle. From that Christmas Eve forward, the bright red poinsettia flowers were known as the “Flores de Noche Buena,” or “Flowers of the Holy Night.”

Advent is drawing to a close and I’m still scrambling to give something truly special to the Christ Child on the Holy Night. Like, Pepita, I’m feeling as though I really have nothing to offer – or at least not the something I’d hoped to have. I wanted super-spectacular-high-minded-soul-lifting-wildly-successful striving. Instead, all I’ve got is a decent try – a handful of roadside weeds.

Legend or not, I know that Pedro’s words are true. Even the smallest gift, given by someone who loves him, will make Jesus happy. If I surrender my smallness to our Lord and bring him my pathetic bouquet at Christmas, it will miraculously burst into bright red flowers. And Jesus will be happy.

Marge Fenelon is a Catholic author, columnist, and speaker and a regular guest on Catholic radio. She’s written several books about Marian devotion and Catholic family life, includingStrengthening Your Family: a Catholic Approach to Holiness at Home  and Imitating Mary: Ten Marian Virtues for the Modern Mom. Find out more about Marge at www.margefenelon.com.