What If the Grinch Really Did Steal Christmas? 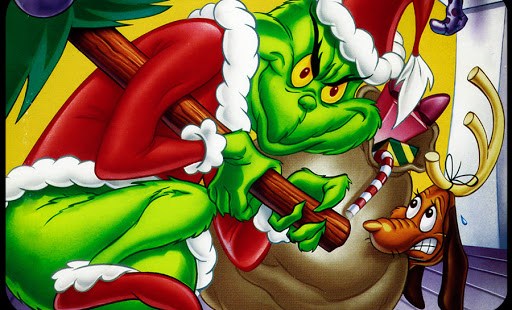 Will we realize Christmas doesn’t come from a store?

One of my favorite Christmas tales is Dr. Seuss’ “How the Grinch Stole Christmas.” I remember watching the animated version on television as a kid each year, getting growly at the Grinch and sympathizing with little Cindy Lou Who. I remember the panic I felt when it seemed as though the Grinch actually would get away with his wicked scheme, and my joyous relief when he had a change of heart and Christmas in Whoville was saved.

You remember the story line? It goes something like this: the Grinch hates Christmas because of … well, no one really knows. But reliable sources speculate that it’s because his heart is two sizes too small. Grinch hates the people of Whoville because they’re always happy and smiling, especially at Christmas time. So, Grinch decides to steal Christmas from the Whos so that they won’t be happy anymore.

Assisted by his dog, Max, Grinch proceeds to sneak into the houses of the Whos and take all of the Christmas trimmings and trappings. He manages to rob them all and heave his bounty up to his cave in the mountains. He delightedly waits for Christmas to come, anxiously awaiting the sobs and wails of the Whos. Instead, he hears singing and rejoicing. His plan is foiled.

In analyzing what could’ve gone wrong, he comes to the remarkable conclusion that it isn’t the trimmings and trappings that make Christmas; it’s what lies in one’s heart. Thus, Grinch is converted.

This is a marvelous children’s story, but it also has an important message for adults. We might want to ask ourselves, “What if there were no trimmings and trappings? Would Christmas still be here? What is it we need in order to feel joyful at Christmas?”

Our consciences probably tell us that our answer should be “Nothing.” But our hearts would probably tell us differently. If we’re perfectly honest with ourselves, we’ll admit that we would be greatly disappointed without the festivities and decor that we’ve become accustomed to at Christmas. There’s nothing wrong with enjoying all the beautiful things of Christmas, but it can be risky to rely entirely on them to make (or break) Christmas.

The Grinch’s moment of realization is my favorite part. As he sits back, marveling at the fact that the Whos can still be happy even though he has all of their Christmas items stashed away, he “thought of something he hadn’t before!”

This Christmas, I’m challenged to discover that Christmas “means a bit more” because circumstance is forcing me to do without all of the trimmings and trappings. The Grinch didn’t steal them – with a torn ligament in my shoulder to tend to, I’m just not able to get everything done that I would’ve been able to do other years. So, as I check things off my Christmas to do list (not because they’re done, but because they’re just not doable), I’m searching more and more for ways to rejoice without the extras. I’ll have to try to be like the Whos in Whoville.

I’m finding, actually, that it really isn’t so bad. Without the “outside stuff” to preoccupy me, I’m more focused on the “inside stuff” and I’m discovering what’s really important. The Whos had it exactly right; Christmas comes no matter what. Nothing can change the fact that the God made Man came to redeem us. That’s a cause for rejoicing that no Grinch can take away from us.

Marge Fenelon is a Catholic author, columnist, and speaker and a regular guest on Catholic radio. She’s written several books about Marian devotion and Catholic family life, includingStrengthening Your Family: a Catholic Approach to Holiness at Home  and Imitating Mary: Ten Marian Virtues for the Modern Mom. Find out more about Marge at www.margefenelon.com.