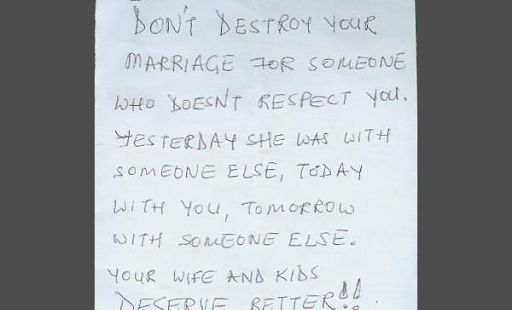 Sometimes all it takes is a simple act of courage

I was taking the Atlanta to Bentonville, AR flight several weeks ago intending to do business with Wal-Mart. When I got to the gate, my usual people-watching hobby kicked in. I noticed an animated woman who seemed to be doing all she possibly could to get the attention of this man. I noticed they both had wedding rings (hers a whopping diamond) but did not seem to be married to each other.

As fate would have it, when I boarded, I saw them seated in seats 7A and 7B while I was in 7C across the aisle. Soon a lady approached them and the man in 7B offered her his first class ticket, pointed to some papers saying “do you mind, we’re planning on doing some business.” She accepted and the proffered papers promptly disappeared.

Now started my “show.” I found myself in shock at the blatant sexuality this woman (7A) expressed in trying to “capture” the attention of the man (7B). She really didn’t say much of value but was very physical. She had long hair which she tossed making sure it fell on him; she moved the armrest up so there was nothing between them ensuring she was touching him. She had a loose, knit, beach dress and wore a little jacket over it – I guess the “business” touch. She bent down frequently ensuring her neckline gaped open and often hiked her dress up, one time even doing so to point out birthmarks on her thighs.

I noticed 7B, uncomfortable at first and hesitant, even twisting his wedding ring. So I started praying that he would stay strong. Wanting to do something, I tore a piece of paper and wrote the following on it: "Don’t destroy your marriage for someone who doesn’t respect you. Yesterday she was with someone else, today with you, tomorrow with someone else. Your wife and kids deserve better!!” Later I added, “It’s a setup” at the beginning of the note because of the determination with which the woman operated.

As the flight progressed, the man was losing control and soon I saw his hand on her thigh. She said, “I know what we should do tonight – we should go dancing.” My prayers were now in high gear… As God works, here comes some turbulence. With an extra dip, we are all on high alert and I made eye contact with him saying “whoa.” In a couple of minutes, I started the following conversation:

Me: “I noticed your unusual wedding ring, is it silver or platinum?”

7B: “Platinum but it hasn’t been cleaned in a while”

Me: Still looks beautiful. You going to Bentonville on business – with Wal-Mart? (He nodded). Do you go often?

Me: So then, you must know the area well. Can you tell me where this is? (At which time I proffered the note I’d written.)

I thought he might read the first line and turn away or tell me it is none of my business – but he actually drew closer to the note, focused and read the whole thing. When he looked up, he said “Thank You.”

The woman noticed him withdraw, and if looks could kill – I’d be dead by now! When we were getting off the plane, he came back and said to me – “Thank you – I really appreciate it.” I said “no problem – good luck to you” and we went our separate ways.

The setting I described is borne out of lust – of power, control and flesh. Women do not have the corner on the market as predators. In my experience, men can be formidable in their pursuit as well. We have made sex a street sport. Everyone is doing it so it must be right – it must be “normal” and now in order to keep it “fun” we introduce competition – totally disregarding the cost.