I Was a Pagan, Hedonistic, Man-Hating Feminist. But Now I’m Catholic. This Is My Story 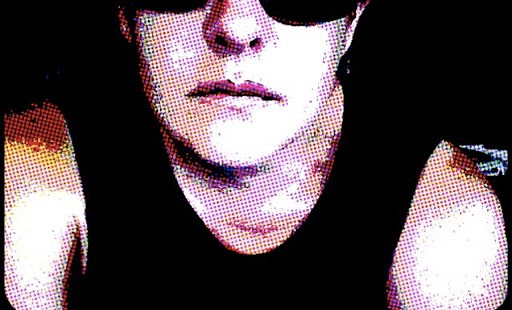 How I found happiness in the place I least expected

Growing up, I wasn’t exposed to God, or the Catholic Church. I knew that my grandparents were Catholic, but no one talked about this, and I didn’t know what "Catholic" even was.

Due to terrible abuse, I was removed from my home at nine. I lived in an asylum for a weekend, an orphanage for eight months, and then once a space became available in a foster home, there until I was twelve.

The courts ordered my mother to take me, and this was how we met. After moving in with her, I came across a group of Christians in the park one day. They said nothing, but simply invited me to Church. Curious, I went. I met the pastor’s wife, and she told me about Jesus. At this time, I didn’t even know what a Protestant was. I didn’t know what an atheist was, but when I came home and told my mother about Jesus, I found out right away that she did not approve of God – at all.

Despite continual ridicule, I continued to go to church. I was mesmerized, and so happy in God and had hope I would be able to press past my bad experiences at home. I wanted to hear more no matter what.

At the age of fourteen, with no warning it was happening, I was told that I was being sent back to my father’s home. No chance to say goodbye to friends from school or the church I loved. My mother didn’t want to be a mother, and so I was sent back.

At my father’s house, I had no church, I couldn’t have friends over, and the abuse continued, escalating to sexual abuse.

I met a group of people who believed in pagan deities, which was also new to me. I became exposed to feminist ideology as well.

Among them, I never felt the joy I had felt with Jesus, but I was intensely informed that he did not exist. Christianity was a false religion built on the pagan faith, they told me, and it disempowered and hated women. Catholics, they claimed, were the worst of offenders. I was referred to writers like Simone de Beavoir, Gloria Steinem, Camille Paglia, etc.

For a lost girl at seventeen, this was the beginning of a long and destructive spiral. No real moral law existed. "Don’t harm another, but do whatever else you please" was the sole guideline. But even this was not actually abided by. Everything was permissible. Without limit. Homosexuality was okay, sexual immorality was okay, contraception was okay, abortion, anything you pleased. Further, traditional lifestyles were frowned upon.

Women did not support one another, but routinely and regularly obliterated one another, all the while subscribing to Matriarchal rule. Men became less. Divorce, open relationships and a slew of other choices were the norm. Consequences weren’t considered in the least bit, rules did not apply, and nothing was asked of you. It was a hedonist paradise.

By the sole grace of God, I did not engage in many of these things, but I saw them on a continual basis. And I slowly began believing the lie, with disastrous consequences for my soul, as well as my mental and emotional health.

When I was 34 – almost 20 years down this path – I came across the writings of Margaret Sanger. They made me feel ill. I never did agree with contraception or abortion. Eugenics and her outlook on women who chose to remain with their children also went against my way of thinking. This was when I finally began to slowly disconnect.

I looked at my life, and I wasn’t happy. I wasn’t growing, and I felt alone.

When I looked around, no one seemed to actually love one another. It was rife with in-fighting, ego, and every woman for herself. I began to question the feminist ideal. I remembered my time with Jesus as a child and sadly remembered how happy I had been despite circumstances around me. I was "empowered” now, but felt miserable and alone.