How to celebebrate Twelfth Night right this year

1. The Feast of the Epiphany is celebrated on the Twelfth Night of Christmas, or on the Sunday between January 2 and January 5.

2. The feast unites three events in the life of Christ when His divinity shines through His humanity: the adoration of the Magi; the baptism of Christ in the Jordan; and the first miracle at the wedding feast of Cana.

3. It is customary to replace the images of the shepherds in the manger scene with the three Magi and their gifts. 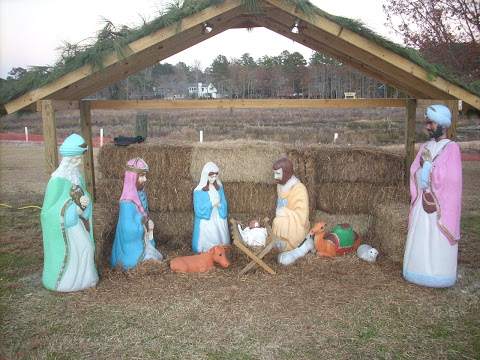 4. On the morning of the Feast of the Epiphany some children wake up to see what gifts have been left by the Magi. 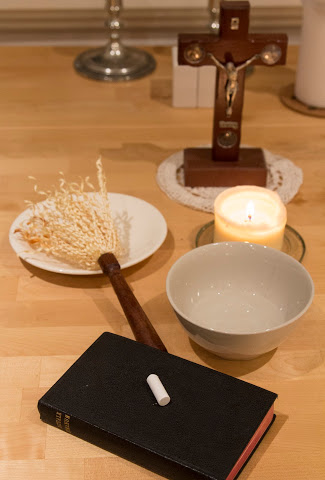 6. When Mass is over, take some of the blessed chalk, frankincense, myrrh, and Epiphany Water home with you (bring a container for the water, and one for the incense and chalk).

7. When you get home, sprinkle some Epiphany water in the rooms of your house to protect it and bring blessings. And say this prayer.

8. Take the blessed chalk and first write the initals of the three Wise Men, connected with Crosses over the inside of your front door. Then write the year, breaking up the numbers and the year so they fall on both sides of the initals.  It should look like this:

The “20” stands for the millennium and century, the "C" standing for the first Wise Man, Caspar, the "M" standing for Melchior, the "B" standing for Balthasar, and the "15" standing for the decade and year. It is also popularly believed that the Kings’ initials also stand for "Christus mansionem benedicat" ("Christ bless this house"). Leave the markings there until Pentecost.​ 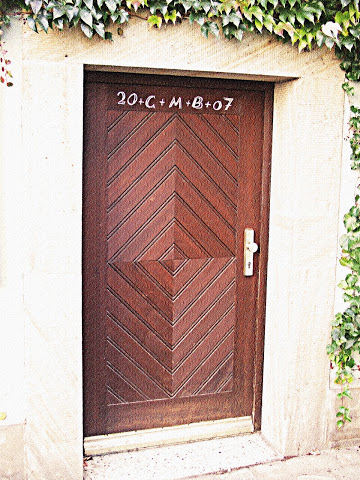 9. Anyone who enters or re-enters their home for the first time after the blessing should step with their right foot across the threshold so as to start things off "on the right foot."

10. Enjoy a Three Kings Cake. The recipe can be found here. 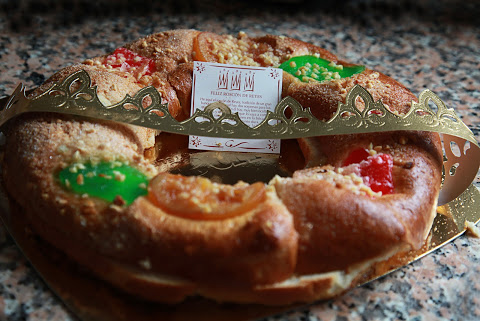 Thanks to Fisheaters.com and Catholic.org for their research on the Feast of the Epiphany.