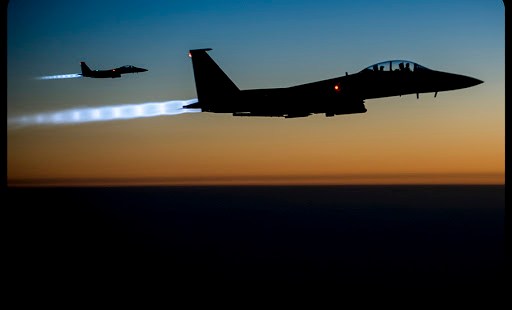 WASHINGTON – On November 19, Michael L. Weinstein sat down at a wooden table at a hearing of the House Armed Services subcommittee beside four experts on religious accommodations in the armed forces. He noticed the high ceiling inside Room 2118 of the House Rayburn Office Building and the print reporters at a table off to the side. After scanning the room, Weinstein made an opening statement in the familiar manner of those who testify before Congress.

“Thank you profoundly for the gracious invitation to speak with you today,” Weinstein said after acknowledging the members present. Then he urged lawmakers to protect lower-level military members from high-ranking officers seeking to religiously convert them. “They ask this Congress to protect their right to remain free from those commanders or other superiors who wrongly believe that the First Amendment gives them the unrestricted right to proselytize or witness to their subordinates,” Weinstein said.

On November 24, writing for two progressive online news sites Weinstein described his opening statement. He made no mention that he had spoken like a typical professional-class American who testifies before Congress. Instead, he gave readers the impression he had spoken like a bull-horn wielding political activist on the National Mall.  “In my introduction, I was blunt. I noted the abject fecklessness and Christian supremacy and exceptionalism of the present regime of religious oppression in the armed forces,” Weinstein wrote, despite the fact that he did not say the words “Christian,” “exceptionalism,” “oppression,” or “supremacy” at all.

The discrepancy between Weinstein’s opening statement and his description of it revealed more than his penchant for flattery and for demagoguery. It revealed his tendency to stretch the truth and make questionable claims. Weinstein has suggested he can bend military policy to his will. He has let it be known that he served as a White House lawyer to President Ronald Reagan and that he is the victim of unrelenting anti-Semitism. Although each claim has some justification, the whole truth is more complicated or difficult to determine.

In Weinstein’s eyes, he is a modern-day David for lower-rank service members slaying the Goliath of high-ranking, Christian dominionists. He insists that others refer to him as “Mikey,” the name of a boy in a famous 1970’s cereal commercial, and he refers to his opponents as “fundamentalist Christian monsters.”

“We created this foundation to be a weapon. We’re going to lay down a withering field of fire and leave sucking chest wounds,” Weinstein told the Washington Post in 2006.

A year earlier, Weinstein founded the Military Religious Freedom Foundation, a nonprofit committed to building a higher wall between church and state in the armed forces. Weinstein, 59, graduated from the Air Force Academy in 1977. A Jewish-American in a Christian-dominated military, he claims that 96 percent of his clients are practicing Christians who are sensitive to overt religious displays. In subsequent years, the organization has fought to scrub the words “So Help Me God” from the pledge that Air Force cadets make every summer; remove the preference for “Christian” applicants for an Army reserve-officer-training corps (ROTC) teaching assignment at an evangelical Christian college, and prevent coaches at Air Force’s football team from making a hand salute of J for Jesus.

Weinstein touts his accomplishments for liberal news outlets, and mainstream and trade publications return the favor by touting them for him. In 2006, The Forward listed Weinstein in its top 50 of the most influential Jewish Americans.