The Art of Preaching 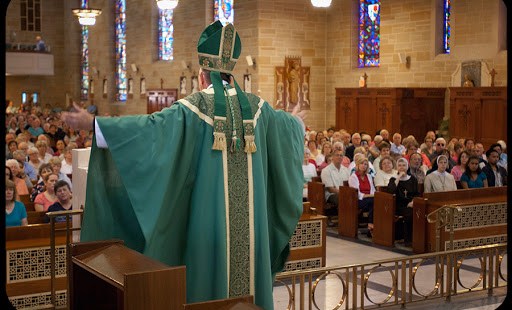 Father George Rutler on the problem with bad homilies

[Editor’s note: According to a​ December 20 article in L​’Osservatore Romano, the Congregation for Divine Worship and Discipline of the Sacraments is coming out with a “homiletic directory,” a guide to good preaching.]

When asked to account for “bad preaching,” I go on the defensive since I preach and belong to that fraternity of those who may be the object of criticism. However, there is substance to the charge that much sacred oratory is done poorly and the reasons are more than can be given in a quick summary.

Preaching will be inadequate if it is an afterthought or incidental to the liturgy. It never occurred to the Fathers of the Church that preaching was anything other than the chief duty, Primum Officium, of the Sacred Priesthood,  as affirmed by the Council of Constance and the Council of Trent. The old Code of Canon Law called the homily  a “legitimate interruption” of the Mass, but Benedict XV and Pius XII formally declared otherwise. The preaching of the Gospel leads the faithful to the sacramental life, just as preaching outside the Liturgy, as a “proto-evangelion” is meant to convert others to the Faith.

Vatican II emphasized what always was present in this understanding, and the great pulpits of the Counter-Reformation architecture show the  importance of preaching the Word.  Christ is uniquely present in the Blessed Sacrament, but that patron of parish priests, St. John Vianney, said that he did not know which was worse: to not pay attention to the preacher or to let the Blessed Sacrament drop to the floor. St. Francis de Sales understood preaching as a form of prayer and said that it must be preceded not only by remote and immediate preparation, but also by meditation. Blessed Teresa of Calcutta told me once after Mass, perhaps as a gentle correction, that the preacher should pray and then tell the people what Jesus had told him. Blessed is the preacher who could be on her kind of wavelength! Yet so high was her appreciation of the priestly character of preaching that she never would have dreamed of preaching in the Liturgy. The same was said of St. Francis of Assisi. While Church law permits deacons to preach by exception during the Liturgy, diaconal preaching is essentially non-liturgical and catechetical.  As a deacon, St. Francis would never preach in the presence of a priest.

Preaching has widely become rather moralizing and edifying rather than doctrinal. Even back in the depths of World War I, when Belgium was being crucified, the great Cardinal Mercier thought it important to reprimand priests for telling the people to love but not explaining why they should love.

Another problem is the failure to distinguish kinds of preaching. As there are preludes, sonatas, and symphonies, so preaching has different forms. Some preaching is liturgical  (homilies) and other kinds are devotional and also catechetical (sermons). Sermons may be longer than the homily. At Mass, some homilies are too short and some are too long. Once when Lord Melbourne told a curate that his sermon was short, the young cleric said, “I did not want to be tedious,” to which Melbourne replied, “But you were tedious.” Like music, the length should not overwhelm the ritual, nor should it be only a pious hiccup or an intermission for entertainment.