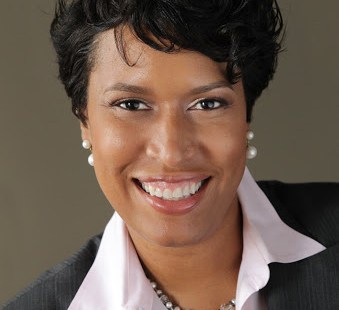 WASHINGTON — The new mayor of Washington, D.C. has not tipped her hand about a bill that would extend workplace anti-discrimination laws to employees at religious institutions who have abortions or use sterilization techniques, including those who do so after committing infidelity.
Michael Czin, spokesman for Mayor Muriel Bowser, had no comment about the Reproductive Health Non-Discrimination Amendment Act of 2014. Czin did not return an email message about whether Bowser would sign or veto the legislation.

Bowswer was sworn into office January 2. Vincent Gray, her predecessor, indicated to the City Council that members should reject the legislation because it raises “serious” concerns related to the Constitution’s free-exercise clause.  “Religious organizations, religiously affiliated organizations, religiously-driven for-profit entities, and political organizations may have strong First Amendment and [Religious Freedom Restoration Act] grounds for challenging the law’s applicability to them,” Gray wrote to City Council Chairman Phil Mendelson on December 2.

Nevertheless, on December 17 the city council approved the bill unanimously. According to a legislative summary, the legislation is intended to fill in “potential gaps” in existing anti-discrimination laws in the city. “Many examples were provided of women being discriminated for seeking to prevent pregnancy, pursuing pregnancy through the use of assisted reproductive technology, or having sex outside of marriage,” council member Tommy Wells, chairperson of the committee on the judiciary and public safety, wrote of a hearing last June.

Under the legislation, an employee or a job seeker at a religious institution who uses artificial birth control or sterilization techniques or gets abortions could not be punished or fired.  "Yes, that’s the key provision in the bill," Dionne Johnson Calhoun, communications director for Councilmember David Grosso, said Wednesday.

Casey Mattox, senior counsel for Alliance Defending Freedom, a religious freedom organization, said the bill could force Catholic institutions, pro-life groups, and insurers to pay for elective abortions. Although the city council hearing was held one week before the Supreme Court’s ruling in Burwell v. Hobby Lobby, Mattox said the legislation was a “pre-emptive strike.”

“At the hearing, it was presented as an answer to Hobby Lobby, but it went far, far beyond that. It would affect the March for Life and Americans United for Life,” Mattox said.

Lawmakers could override Bowser if she vetoes the legislation.  If the city council takes the step, Congress would have 30 days to approve or strip the bill from the annual federal budget. President Obama would weigh in too.