What are the Stigmata and How do We Know if They are Authentic? 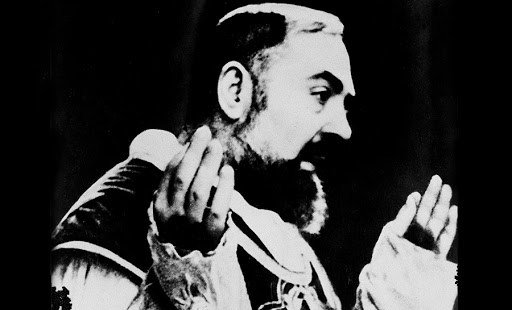 The 12 criteria the Church uses to determine authenticity.

Throughout history, many cases have appeared; there are so many that the stigmata can be classified as follows:

4. Stigmatization of neurotic and/or psychological origin, in the case of people who suffer from hysteria and who cause their own wounds, although it may be unconsciously etc.

As we can see, cases of stigmata of diabolical origin have been reported, as strange as it may seem.

The Stigmata of Padre Pio

The devil can cause stigmata, but this is absolutely not the case of Saint Pio of Pietrelcina.

How do the authentic stigmata differ from the diabolical ones?

Besides the rigorous medical and theological studies that must be done, the Church must examine the person’s context or lifestyle; as Jesus said, "You will know them by their fruits." (Matthew 7:16)

What fruit do we see?

1. Obedience to all of the Church’s orders.

2. His spiritual soundness, expressed in his humility, obedience and prayer, was never disproven.

3. Real charitable work through the hospital he founded.

4. The way he lived his religious community life.

5. Doctrinal fidelity in his priestly ministry.

6. He bore his moral sufferings patiently — sufferings stemming from people doubting him, in addition to the suffering of his soul due to the isolation imposed on him by authorities.

7. The spiritual strength to bear the stigmata and persecutions for fifty years.

Despite persecution, Padre Pio’s actions always showed his firm and constant fidelity and intense love for Holy Mother Church. In the midst of the sorrow that this suffering caused him, he would often say, "The hand of the Church is gentle even when it strikes us, because it is the hand of a mother."

The Church has canonized Padre Pio because it proved, through canonical procedures, the authenticity of his stigmata. If they had been false, the Church would certainly not have canonized him.

That is to say, the Church doesn’t canonize anyone just because they have the stigmata, but if someone does have the stigmata and the Church concludes, after rigorous study, that they are false, then that is an impediment for a future canonization of that person, even if he or she leads a holy life.

This article appeared originally in the Spanish-language version of Aleteia. Translated byMatthew Green.