How Catholics Caved in to LBJ on Birth Control 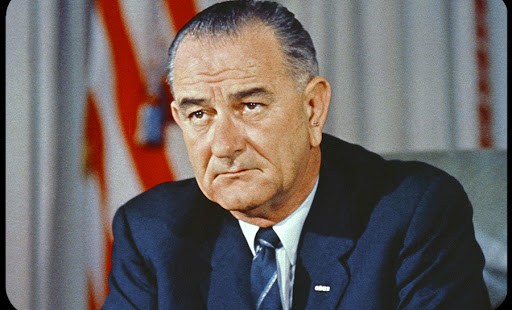 …and what this says about the fight about Obamacare

President Lyndon Baines Johnson had spoken the words “Great Society” before, but on January 4, 1965 he brought the pieces together as a legislative package for Congress. His State of the Union message stirred a remarkable flurry of congressional activity that in short order produced major new programs in civil rights, health care, and anti-poverty.

In the half-century since then, the Great Society and its offspring have made profound changes in American society. A huge increase in government-sponsored family planning at home and abroad is one of these. Fifty years later, it’s worth considering how Church leadership responded at the start, not just as a history lesson but for the light it sheds on the Church’s response the growing federal embrace now of things like abortion and same-sex marriage.

My principal source is a book called Intended Consequences: Birth Control, Abortion, and the Federal Government by historian Donald T. Critchlow. The heavily-documented volume, published in 1999 by Oxford University Press, has information otherwise not readily available on crucial events in the not so distant Catholic past.

Pressure for government birth control was rising before LBJ. Although President Dwight Eisenhower had famously remarked that he could think of nothing less appropriate for government involvement than family planning, private conversations on the matter took place during the Kennedy administration.

Meanwhile the population lobby labored to win Catholic support. An important part of this effort was a series of conferences from 1963 to 1967 at Notre Dame University, with the Ford and Rockefeller foundations paying and attendance by foundation people, population groups and Church organizations. Critchlow writes: “Both sides knew what they wanted: a liberal forum to create an oppositional voice within the Catholic Church on the issue of family planning.”

Johnson came to the presidency determined to make birth control an integral part of his War on Poverty. Congress agreed. But LBJ, canny politician that he was, feared a Catholic backlash if he moved too fast on the domestic front and therefore stressed family planning to fight the much-ballyhooed “population explosion” abroad. Quiet expansion of existing welfare and health programs was to be the tactic at home.

A key moment occurred in early 1966 when the Department of Health, Education and Welfare (now Health and Human Services) for the first time issued guidelines for family planning grants to the states. The NCWC administrative board responded with a statement protesting “threats to free choice of spouses.” But an NCWC official privately assured Califano this was only “the last trumpet of the older American bishops.”

The White House then concluded that non-coercive family planning was acceptable to the hierarchy. The following year brought expanded support for birth control abroad, along with Social Security amendments for the first time authorizing grants to private groups like Planned Parenthood — a  breakthrough long sought by the population lobby.

By the time Johnson announced he wouldn’t seek reelection in 1968, federal funding of family planning was in the multi-millions and rising fast. And the bishops, Critchlow writes, had “tacitly” agreed to accept federal birth control, provided only it was “noncoercive.” It’s unlikely they could have prevented what happened — public opinion, including Catholic opinion, was against them — but they might have gotten a better deal. Is there a lesson here today as Obamacare abortion grows?