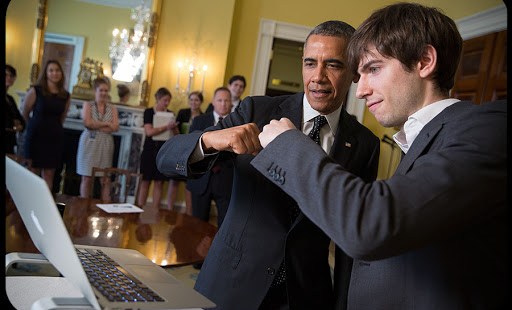 Higher education to get the Obamacare treatment

When I saw the flurry of White House activity regarding college affordability recently I thought of the old Rahm Emanuel phrase, “You never want a serious crisis to go to waste.”

The Chicago mayor uttered those words when he was chief of staff of Obama’s White House, and we have seen his principle play out again and again. Want radical health care reform? Raise the “health care crisis” alarm. Want to change school lunches? Emphasize the obesity crisis.

With the same clocklike precision, months of media about a “student loan crisis” has been followed up with Obama solutions.

As with the other crises Obama has used to his advantage, the student loan concern has much truth to it. But it is important to determine just how much truth.

This is especially important for people in my position — I work at a college (full disclosure!) and see firsthand the real difficulties families have in affording college. The biggest problem we face is in helping large families afford college for multiple children.

The first question to ask: Are American college graduates staggering under a crushing burden of debt?

Clearly, some are. But, as I have pointed out before, the math is pretty straightforward:

So, for a typical graduate, the cost of paying off your college years is significantly less than a car payment. But that’s not nothing.

Which raises a second question: Is college tuition too high?

Well, yes, of course it is! But it is “too high” the way the cost of diamond rings is “too high.” The problem may be that everyone is expected to buy one, not that the thing itself is overpriced.

Every generation has complained that college tuition is too high. Consider the dates on these New York Times headlines:

So tuition has always been flagged as “too high,” in one sense. In another sense, it isn’t high at all.

A February 2014 Pew Research Center report on higher education found that four years of college are more valuable now than ever. Graduates with a “bachelor’s degree and more” make an average $17,000 more a year (using constant 2012 dollars) than high school graduates — and a $15,000 yearly salary advantage over “two-year degree” community-college graduates.

That means the “bachelor’s and more” graduates end up making making $1,416 more a month than high school graduates. So, while that $460 monthly car payment goes to pay for a vehicle that rapidly loses value, the $280 monthly loan payment pays for an asset of significant rising value.

But think of the spiritual impact of a college education and not just its economic impact, and the equation changes.

My college experience introduced me to God and changed my life: If my tuition were five times what it was, I would still consider it a bargain. But for many students, the opposite happens. Their college years transform them from churchgoing Christians into thoroughgoing secularists — and no earning power is worth the cost of your soul.