Hormone-Free Family Planning: We’ve Got an App for That! 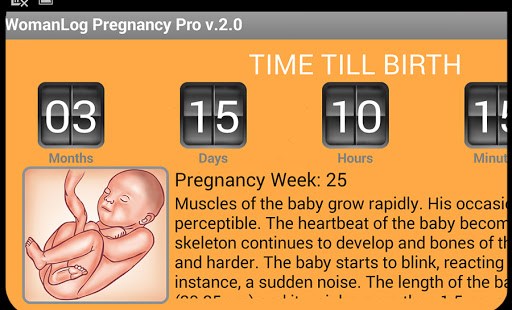 “The Church’s best kept secret.” That’s how we used to describe natural family planning (NFP), the methods and the ministry that, for decades, has been teaching and promoting the use of NFP both to achieve and avoid or postpone pregnancy (for valid reasons). It looks like the secret’s out now, because CNN recently ran an article on the new high tech apps to track the fertility cycle.

You may be thinking, "NFP? I need something that actually works. This is the 21st century. Why shouldn’t I use a modern ‘foolproof’ method of birth control?" First, of course, there’s no "foolproof" contraceptive and, second, NFP — also known as Fertility Awareness Methods (FAM) — are as effective as sterilization. A 20-year-long prospective study in Germany involving 900 women who were trying to avoid pregnancy had a success rate of 99.4 percent. Put differently, only 0.6 women out of 100 had an unintended pregnancy in 13 cycles (12 calendar months). Of course, Church teaching also gives many sound reasons why couples should not separate the love-giving and life-giving aspects of their conjugal love. But if you think NFP is more retro and risky than you’re willing to go, it’s time you take a look at the modern methods of NFP. They work, and today there’s an array of new apps and gadgets that are making it easy-peasy to identify the go and no-go days each cycle.

Look at it this way: If you’re using a hormonal contraceptive, you’re probably not happy with your current method anyway. A 2013 report by the CDC’s National Center for Health Statistics states “The median number of methods ever used by women was about three, but nearly 30% have used five or more methods.” So, health-conscious or not, before you switch and start ingesting a different combination of hormones, consider this: All NFP methods are hormone-free (just like the pricey HF eggs, milk, chicken and beef you prefer to eat) and have no artificial ingredients (like many other foods and drinks you buy). So NFP eliminates the risk of getting undesirable and sometimes very harmful side effects (and here and here, including death), associated with using hormonal pills, patches, rings, injectables, insertables and IUDs.

How many women quit over side effects?

The Pill: Over 30 percent of women on the pill quit; almost two-thirds said they quit due to unpleasant side effects. Depo-Provera injection: 46 percent discontinued DP injections; three-fourths of them stopped due to side effects. And that figure may be understated. In a two-year study of over 5,000 women conducted at Planned Parenthood of the Rocky Mountains, 77 percent quit receiving injections by the end of 12 months, the majority citing “difficulty tolerating side effects.” Contraceptive patch: Nearly half (49 percent) stop using the patch; 45 percent of them said they quit due to side effects. Norplant: A 2002 Report stated that 42 percent of Norplant users discontinued the method; their top reason for quitting, side effects (71 percent).

Unlike hormonal contraceptives, which attempt to prevent pregnancy by disrupting the normal healthy functioning of reproductive organs (with the unintended consequence of decreased libido and other miserable and dangerous side effects), the objective of NFP is to identify when ovulation will occur so that couples wishing to conceive can time sexual intercourse on the days of peak fertility, and those wishing to postpone or avoid pregnancy can simply refrain from genital sexual activity during the five days before ovulation and the day of ovulation.

Modern methods of NFP can be grouped into four categories: