An Interview with Jeanne Monahan-Mancini, President of the March for Life 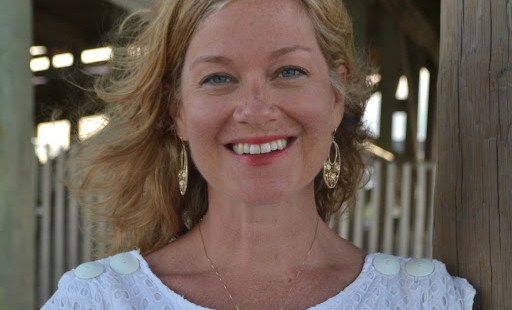 Jeanne Monahan-Mancini — the last part of her name being an addition joyfully celebrated less than two months ago — President of the March for Life Education and Defense Fund, continues to prove that she is the perfect choice to have replaced March for Life founder, Nellie Gray, who passed away in August 2012. Jeanne earned a Bachelor’s degree in psychology from James Madison University and a Master’s degree from the Pontifical John Paul II Institute for Studies on Marriage and Family (Washington, DC). Prior to becoming President of March for Life, Jeanne worked in the Office of the Secretary of the Department of Health and Human Services on global and domestic health issues and, subsequently, for Family Research Council on topics related to human dignity, abortion, women’s health and end-of-life issues. In the midst of media appearances and last-minute preparations related to the various March for Life events, she carved out time for a telephone interview with Susan Wills on January 16.

Could you tell readers about the theme chosen for the 2015 March for Life events — “Every Life is a Gift”? Do you mean to draw attention to a particular subgroup of people, such as unborn children who are likely to be aborted? What do you hope to convey through this theme?

We see the theme as a springboard for educating the pro-life movement at large — because the March is the only time and place where all pro-life groups come together in unity each year. We’re hoping to draw attention to the value of all human lives and, in particular, the lives of unborn children with a poor prenatal diagnosis (PPD). We hope also to reach their parents and families, to remind them that their unborn child is a priceless gift both despite and because of the challenges they may face caring for a child with a genetic anomaly or even with a condition that’s incompatible with life. Children diagnosed in utero with a PPD are the most vulnerable of unborn children: 85 percent of these children with, for example, Down syndrome, Trisomy 13 and 18, or Spina Bifida are aborted, usually at the urging of physicians. This is a year-long educational effort, of course. Last October, we held a Congressional briefing with a panel of experts including Mark Bradford of the Jerome LeJeune Foundation, Heather Trammel of the Down Syndrome Society of Northern Virginia and Dana Hecht, Family Relations Director of Jill’s House, a fun place for kids with intellectual disabilities to go so their families can have a short break from care.

Will we be hearing from these folks at the Rally before the March or have you lined up other experts to speak for children with disabilities?

We are very lucky to have two speakers to talk about loving alternatives to aborting children with disabilities.One is Dr. Grazie Pozo Christie, a diagnostic radiologist from Miami and member of the Advisory Board of the Catholic Association. She became a pro-life activist — especially on behalf of adopting children with disabilities — when she and her husband adopted an infant from China, after they’d already been blessed with four kids. Rep. Cathy McMorris-Rodgers (R-WA), one of four Members of Congress invited to address the Rally, is also the mother of a child with Down syndrome. The full roster of speakers is posted on our website.

Do you have an idea of how many marchers are expected this year? Does the March for Life keep track, for example, of lots where charter buses can park?

Hundreds of thousands is the conservative rough estimate I use. We have no way of knowing beforehand, and the Park Service no longer provides crowd estimates. But your question brings up an interesting point. People often have the impression that the March for Life Education and Defense Fund orchestrates the March, that we somehow organize the whole thing. But the truth is that the March is a work of God and is “organized” by pro-life Americans who want their voices heard. Families, Catholic parishes and groups from other faith traditions, high schools, pro-life campus groups and individuals make all their own arrangements to come to Washington and show Congress and the world that the pro-life movement is huge and strong and will continue to advocate for the lives of unborn children and all human beings. Our role is very modest