Islam: Religion of Peace or Font of Terror? 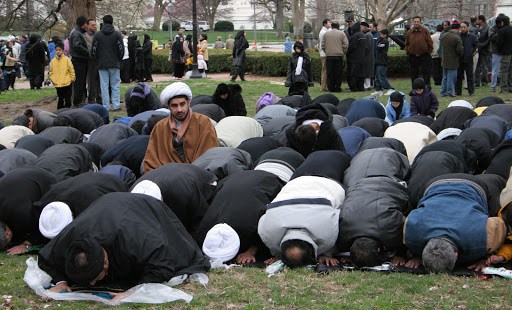 The recent murders of civilians in Paris, Nigeria, Iraq, Pakistan and other places around the world by those claiming to defend the Islamlic religion have, for many people, raised once again the question of whether Islam itself is to blame for such violence or whether the faith has been hijacked by extremists.

John L. Esposito is Founding Director of the Prince Alwaleed Bin Talal Center for Muslim-Christian Understanding at Georgetown University. He has served as consultant to the U.S. Department of State, and as a member of the E. C. European Network of Experts on De-Radicalisation. Esposito is Editor-in-Chief of Oxford Islamic Studies Online and Series Editor of The Oxford Library of Islamic Studies. His more than 45 books and monographs include: Islamophobia and the Challenge of Pluralism in the 21st Century, The Future of Islam, Who Speaks for Islam?, Unholy War: Terror in the Name of Islam, The Islamic Threat: Myth or Reality?, Modernizing Islam (with F. Burgat).

He spoke with Aleteia in the wake of the Jan. 7 attack on the office of the satirical magazine Charlie Hebdo in Paris and Boko Haram’s destruction of a village in Nigeria, killing possibly 2000 civilians.

Islam is having a hard time living up to the moniker some have given it: a “religion of peace. “

I don’t know about that…. We tend not to say things like, “Widespread pedophilia over a 10-year period, Catholicism is not living up to…” But anyway, in terms of the equation of Islam with violence, in terms of those who would say there are Muslim extremists…. When it comes to Jews and Christians, we don’t say “Christianity does this,” or “‘Judaism does this,” we say, “Jewish extremists;” we distinguish from everybody else…I think mainstream Muslims continue to have a problem with the equation of not only their faith but themselves [with violence], and they are brush-stroked by these actions, yes, by ISIS, Boko Haram, and now the Paris attacks.

Some experts and commentators charge that there is something innate to Islam that leads to this violence, What would you say to that?

It’s interesting. If you actually look at the Quran and compare it to the Bible, the Bible wins hands down when it comes to violence and the advocating of violence, doesn’t it. The Old Testatment is the only sacred book, for example, that calls for genocide, if you look at the number of passages….

From the Iranian Revolution to bin Laden to, let’s say, ISIS, skipping over a lot of things, you’ve got a series of examples of violence and terrorism, but when you unpack it, depending on what you’re looking at, certainly, for example, when you look at a number of Arab and Muslim countries where you’ve had the rise of terrorists, terrorist cells, for example, Egypt, and what’s going on, for example, today in Iraq, the primary drivers are political, not religious. The experts who study this, for example, the major experts on suicide bombing, on terrorism,… generally speaking, the overwhelming data, if you look at Robert Tate’s work and others, would say, what you have are political drivers that then wind up that is the perception or experience, for example, of occupation, invasion, etc., then, in light of that, people use religion to legitimate their acts of terrorism. Bin Laden is a classic case. If you look at his CNN interview, his early interviews, the whole first part appeals to grievances from Palestine, you name it, that are broad-based, in order to recruit people, and then, from that, we then spin off to legitimate what they’re doing in the name of religion, and that is a problem, and the magnitude of the incidents is a major issue.