Christians are Disappearing from the Middle East 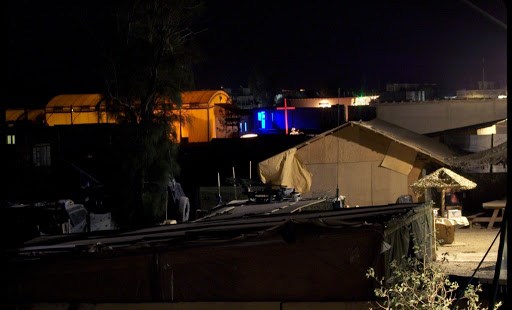 The Middle East is losing its ancient Christian heritage. When Iraq was invaded in 2003, 1.5 million Christians were living there. Now the figure is 400,000 and falling. The savagery of the Islamic State has accelerated the Christian exodus.

Mosul, about 400 kilometres to the north of Baghdad, was captured by IS in June last year. Ten years ago it had about 60,000 Christians. Now there are none. IS gave them an ultimatum: conversion or death. For the first time in 1,600 years there was no Christmas in Mosul.

In the wake of horror stories like this in the media, many in the West have denounced Islam as a malevolent religious virus, a barbaric creed. But how have the Christians who live there responded? Not exactly as their Western defenders might expect.

Many have fled. Others favour a policy of isolating themselves and forming their own political parties. Other abjure their history and call themselves Arameans, Phoenicians, Copts or Chaldeans – anything but Arab. But there is another, more positive, reaction. Two impressive recent Catholic documents have issued calls for solidarity with persecuted Muslims, and, unbelievably, hope.

Last year the Catholic bishops of the Holy Land (there are several overlapping jurisdictions, based on their liturgical tradition), issued a pastoral letter which called upon Arab Christians to work with Muslims. Their writ runs only as far as Israel, Palestine, Jordan and Cyprus, but they were addressing all Arab Christians in the Middle East. Their gloomy view was that no help can be expected from the West:

All of us, Christians and Muslims, must also be aware that the outside world will not make any real move to protect us. International and local political powers seek their own interests. We, alone, can build a common future together. We have to adapt ourselves to our realities, even realities of death, and must learn together how to emerge from persecution and destruction into a new dignified life in our own countries.

Unlike many critics of Muslim extremism in the West, the bishops reminded their compatriots that Christians are not the only ones who are suffering:

…in the name of truth, we must point out that Christians are not the only victims of this violence and savagery. Secular Muslims, all those defined as “heretic”, “schismatic” or simply “non-conformist” are being attacked and murdered in the prevailing chaos. In areas where Sunni extremists dominate, Shiites are being slaughtered. In areas where Shiite extremists dominate, Sunnis are being killed. Yes, the Christians are at times targeted precisely because they are Christians, having a different set of beliefs and unprotected. However they fall victim alongside many others who are suffering and dying in these times of death and destruction. They are driven from their homes alongside many others and together they become refugees, in total destitution.

Furthermore, the bishops admitted that some Christians had purchased safety at the expense of justice by cosying up to the secular regimes of Saddam Hussein in Iraq and Bashir al-Assad in Syria.

Christians had lived in relative security under these dictatorial regimes. They feared that, if this strong authority disappeared, chaos and extremist groups would take over, seizing power and bringing about violence and persecution. Therefore some Christians tended to defend these regimes. Instead, loyalty to their faith and concern for the good of their country, should perhaps have led them to speak out much earlier, telling the truth and calling for necessary reforms, in view of more justice and respect of human rights, standing alongside both many courageous Christians and Muslims who did speak out.