My Afternoon in a Mosque 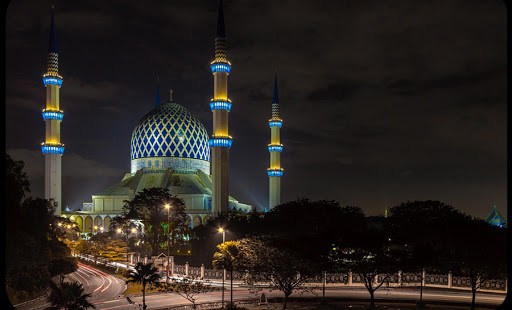 Religious diversity is a challenge, not a threat

I spent a few hours in a mosque, barefoot, as God commands–or as Allah commands, but the idea that there is more than one God doesn’t convince me. This is probably the biggest mosque in my home city of Barcelona. It occupies the lower floors of an unusual building, within the Catalan Islamic Cultural Center. Technically, it is an oratory, because mosques are separate buildings.

While there I drank tea with mint and ate delicious fresh-baked Arab pastries; I inquired a little, and listened a lot. They spoke to me in Catalan and in Spanish, and I heard them speaking Arabic among themselves.

I was surprised to see how they welcome Syrian Christian refugees. Christian children are going to Arabic classes in an Islamic center. Pakistani women – Muslims – bring their children to review classes. The center’s director comes from Algiers. His name is Salim. He is a friendly and welcoming man, who wants to be understood.

I saw Muslims from nearby in my city, and, most importantly, I have initiated a dialogue that I hope to continue. Many times Islam scares us, but what is Islam really, in and of itself? What’s more, one does not dialogue with Islam properly speaking; rather, one lives alongside Muslims.

I heard the call to prayer, and I saw some very modern screens specifying the exact times for the five daily moments for prayer, according to the position of the sun. Throughout my life, I have had the luck of living alongside a wide variety of people, including people of different religions. We became friends in some cases because of shared empathy, because of similar interests or situations, or sometimes because of being fascinated by our differences.

It’s difficult for us to connect mentally with Islam; it’s not an automatic connection, nor is it easy to digest. While I was there, the Pope said that the Koran is a book of peace. Peace or no peace, what’s certain is that for many people, Islam is seen as a problem.

Salim quoted the Koran frequently. And he smiled. I have not actually counted how many times he has mentioned his own family, or the family in general, but he has done so often.

He explained that in some Muslim towns, when death draws near and takes someone away, the family of the deceased don’t have to worry about any of the practical arrangements; the neighbors take care of everything during the following days. I automatically thought of our great cities, the metropolises of which the 25 cardinals were speaking as they met just a few steps away from this mosque. In those cities, such solidarity is unthinkable. We don’t even realize when our neighbors pass away.

My afternoon in the mosque hasn’t robbed me of an iota of my Catholic identity. It has made me more aware of who I am, and of the immense diversity in which we are submerged. And I have come to realize that religious diversity is a challenge, not a threat.

This article originally appeared in the Spanish edition of Aleteia.