Boys to Men: The Dire Need for Godly Friends and Spiritual Fathers 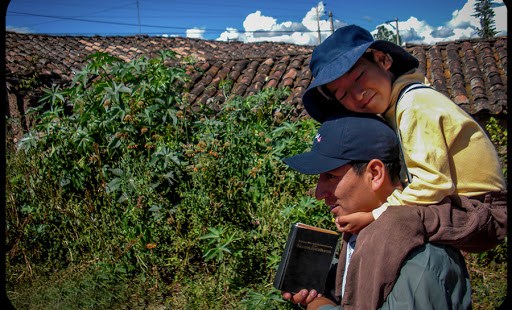 Boys will be boys, unless good Christian men show them how to grow up

Can a man win a war without allies? Without comrades-in-arms? Of course not! A few weeks ago, I wrote about the crisis of masculinity within the Church, followed by a column on identifying goals, resources and allies in the battle for the male soul, and finally a column on three elements of the masculine charism. This week, let’s take a look at the basic features of a distinctively Christian form of masculine friendship, and let’s begin with Scripture.

We see too that iron sharpens iron not by being placed side by side but by strong contact. The masculine spirit craves order, discipline and rank based on contest, achievement and merit. The masculine spirit is drawn to hierarchy (I know, I know—a “dirty word” in some circles), that is, an acknowledgement of earned pre-eminence. That masculine inclination towards hierarchy is the basis of the essential relation of father to sons, as well as the desperately needed masculine gift of initiation. Boys on the cusp of manhood cannot enter manhood without the recognition and blessing of the men they can rightly look up to, that is, those above them in a proper hierarchy. We see this dynamic in every culture. And, sadly, we see the pain of its absence when boys try to initiate each other into manhood in the brutal hazings associated with street gangs.

We learn from the example of Jesus that masculine friendship also has degrees of intimacy. Jesus called to Himself the seventy-two disciples (Luke 10:1); and He called to Himself the Twelve Apostles (Matthew 10:2); He had the inner circle of Peter, James and John (Matthew 17:1); and He had the Beloved Disciple (John 21:20). How different from those men who boast of hundreds or even thousands of Facebook “friends”! How different from the man who has no friendship beyond the facile triviality of his drinking buddies! And how thoroughly different from the solitary man huddled in the dark, alone with his addictions!

Jesus spoke to all; He taught many; He led a few; His deepest trust was apportioned with great care. That also is an important lesson for understanding distinctively Christian masculine friendship. Such friendship follows the model of Jesus. It rejects isolation as well as superficiality. It displays the wisdom of drawing concentric circles closer as trust deepens. And Jesus called men to Himself (“…no longer servants, but friends …” John 15:15) not for mere play or entertainment but for a great purpose.

That brings us to another essential feature of authentically Christian masculine friendship—men standing side-by-side united in common purpose. Their very presence together helps to establish the security of all. In his glorious meditation describing “putting on the armor of God”, Saint Paul (Ephesians 6) describes the Christian armed and armored from head to toe, except for his back. Why not his back? The Christian spirit-warrior has his back covered by the ranks of his comrades. Thus we see that Christian men as comrades-in-arms, united in purpose and standing together, under the leadership of Christ, as an essential characteristic of truly Christian, truly masculine friendship.