Afraid in the Cosmos — Our Strange Longing for Aliens 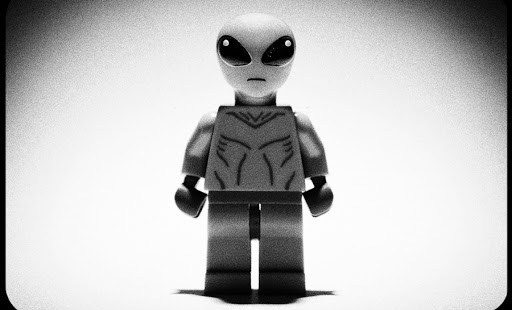 What if we are alone in the universe after all?

“Are we afraid?” asks a writer in the English newspaper The Guardian. Sue Blackmore, a writer and broadcaster, is trying to figure out why the discovery of Kepler 438b, a planet very much like earth, has gotten so much attention.

She admits to being scared herself. She’s not scared of aliens, but frightened because life may be ubiquitous in the universe but intelligent life “so dangerous that it cannot last,” because it creates technology that eventually kills it. She hopes we’re fascinated with aliens because we’re curious in the normal human way and mentions the pleasures of meeting aliens who might be doing better at facing problems than we are. She closes with an offhand question: “Or could we just be scared of being alone in the universe?”

The article includes the apparently obligatory reference to how upsetting religious people would find the discovery of other intelligent life. Meeting aliens might threaten “the religiously minded,” she writes. “If you believe that humans were made in God’s image and are alone in having souls and morals and the chance to go to heaven or hell, then finding intelligent life elsewhere would threaten your image of humanity and yourself. But clearly this fascination is not restricted to fundamentalists.” (You will notice that equation of “religiously-minded” with “fundamentalist.” Finer distinctions are in order, but we won’t get them.)

This is a common idea among secular people writing on the subject, and I sometimes wonder if the more aggressively secular among them hope to find life in the universe because they think it will deal religion a fatal blow here on earth. If so, they would be disappointed.

Why we (the religiously-minded, a.k.a. fundamentalists) should feel threatened is hard to see. We come to believe what we believe for various reasons, but none of them is the non-existence of aliens. The proofs for the existence of God and the arguments for the Resurrection and your experience of the life of the Church don’t change because there are more people in this vast cosmos than we thought. For all we know God may choose to create other creatures like man.

If he does, he has his reasons. You shrug and move on. You won’t suddenly decide that you can no longer believe in the Resurrection because you find your children hiding ET in a closet. If you care at all, you might think his arrival raises interesting theological questions and that eventually the Church will say something about it, and in the meantime would someone get that poor alien a phone?

Someone once told me that since Catholics believed man was the pinnacle of creation, we would find our faith shattered by meeting another creature like us. It didn’t seem to me a very good argument. Even if the aliens looked like the aliens in a bad science fiction movie, with tentacles on their faces and eyes on stalks and extra legs with claws, we would recognize them as being creatures of our sort. We’d make room for them on the pinnacle. You might find their relation to the Incarnation an interesting theological question — it’s one people like C. S. Lewis have taken up — but it wouldn’t be one to make you dump your Bible and rosary into the recycling bin.

I don’t understand this fascination with finding life. When I was younger and more interested in these things, the talk was always of man conquering space. I don’t remember anyone caring so much about finding evidence of life. That would have been cool, but the real fun was going where no one had gone before.

When we lived in New York, I took our youngest to the American Museum of Natural History to see an exhibit called “Beyond Planet Earth.” Almost every part of it was directed, in slightly breathless prose, to the possible discovery of a microbe here or there. Whoever wrote the exhibit seemed to think the main purpose of exploring space was to find life, even if all we find is a germ deep beneath the ice of one of Jupiter’s moons.