Why My Generation Loves Thomas Merton 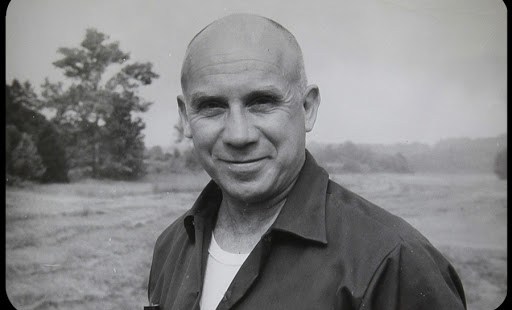 As will generations to come

Thomas Merton, better perhaps than any other writer of the 20th century, conveyed the romance of Christianity. If God can be known in this life, in a personal and transformative way, what other possibility could be as compelling? What other love affair as attractive?

Thomas Merton readers the world over are celebrating the centennial of his birth this January 31st (1915 – 2015). He’s been gone nearly as long as he lived, having died in 1968 by electric shock, due to the faulty wiring of a fan in his hotel bathroom in Bangkok, where he was attending an interfaith conference.

What a young man Merton was! He had an enormous appetite for life and its pleasures, both licit and illicit. This is the secret of The Seven Storey Mountain, as we meet a young man who lives out virtually the entire catalogue of youthful dreams.  He’s someone we’d all like to be.

Merton loves women and drink and travel and jazz — and learning as well.  He aspires to be a great writer.  He sins disastrously, but he loves his family and proves fiercely loyal to his friends. Once he stumbles upon the truth of Christianity, he has the sense to recognize God’s invitation in Christ as the answer to the hell into which his wild and self-destructive pursuit of pleasure has led.

The canvas for his picaresque life stretches from France and Italy to England and the Eastern seaboard of the US.  It includes Bermuda, where his father matured as a painter, the Long Island home of his maternal grandparents, a French lycée where he was bullied, English public schools, Cambridge University and Columbia. It’s as if Merton steps out of Brideshead Revisited into a latter-day Great Gatsby.

In the natural order of things, as Merton admits, he was a type of king, gifted in his intellect, his energy, and the means to pursue the best of educations. He was even blessed by his privations, as the early deaths of his parents caused him to have an itinerant childhood, one richer in experience for its tragedies.

Nothing compared to the possibility of knowing God, however. For that priceless pearl Merton gave away everything and became a Trappist Monk at The Abbey of Our Lady of Gethsemani in Kentucky, arriving on December 10, 1941.

He told the story, and it’s the story that convinces. His gift for personal narrative was unsurpassed; his prose marked by poetic descriptions of landscape, quick portraiture, an unerring eye for detail, and what could only have been a phenomenal visual memory.

He went on telling his story, taking us inside Gethsemani over the first ten years of his life as a monk in The Sign of Jonas — the best chronicle of monastic life I have ever read. In The​ Sign of Jonas we witness the rough and the smooth of Merton’s new life: from how unsuited the monk’s winter and summer habits were to the Kentucky weather to deeply satisfying moments of being immersed in the liturgy. We progress with Merton through his studies that lead to his ordination as a priest in 1949. He was known in religious life as Father Louis.

Merton’s life at Gethsemani gave him an outsider’s perspective on humankind’s ruthless lust for power and our acquisitive addiction; he found the world of spending and getting these produce a horror.  In Jonas, as I recall, Merton visits Louisville after many months of being in residence at Gethsemani; the violent and cheap nature of contemporary life in the city nearly overwhelms him. Driven by unrestrained appetites, he realizes, the world has simply gone mad.