Superpowers Rise and Fall: Can You Guess Where America Is on the Arc? 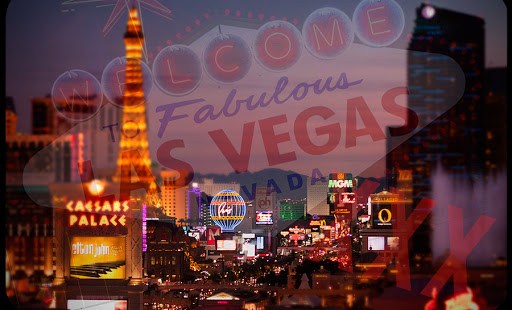 Can we possibly avoid the fate of 11 superpowers before us?

George Santayana’s famous statement — “Those who cannot remember the past are condemned to repeat it” — would be a great subtitle for a little known essay called “The Fate of Empires” (1976) by the little known British general and historian Sir John Bagot Glubb. He explains that we generally fail to learn vital lessons from humanity’s past errors because history is taught in disconnected chunks, narrowly focused on this region or that era and almost never as a comprehensive study of the history of humanity. Plus historians, like the rest of humanity, are not above lying to burnish their nation’s history and tarnish the memory of ancient foes.

Sir John Glubb confined his analysis of superpowers to the 3,000-year history of the Middle East and Europe — from Great Britain to Russia — where his knowledge was broad and deep, conceding that he was not an expert in the history of the Far East or of South America. In comparing the rise and fall of the eleven great empires that flourished between 859 B.C. and 1950 A.D., he uncovered a pattern of conquest, growth, maturity and decline that, remarkably, was common to all. What surprised him even more: for each superpower, the whole process took place over ten generations or roughly 250 years. He saw the same trajectory being repeated in the United States of America. The most pressing question we now face is this: Can the values and habits that made America a great nation be restored or is its collapse — within the next 25 years — inevitable?

Seven ages can be identified in US history and in the histories of eleven past superpowers (Assyria, Persia, Greece, the Roman Republic, the Roman Empire, Arab Empire, Mameluke Empire, Ottoman Empire, Spain, Romanov Russia and Great Britain). The Age of —
(1) Pioneers (“The Age of Outburst”)
(2) Conquest
(3) Commerce
(4) Affluence
(5) Intellect
(6) Decadence
(7) Decline and Death

We sometimes think of pioneers and conquerors as "barbarians," like the Mongolians who conquered Persia or the Germanic tribes who sacked Rome, and assume that they conquered “effete civilizations.” But that’s not always the case. For example, the pioneers in what became the US subdued "less advanced" tribal groups, but still fit the arc. Sir John describes pioneers as “normally poor, hardy and enterprising and above all aggressive”; “they abound in courage, energy and initiative, overcome every obstacle and always seem to be in control of the situation.”

They set about conquering a civilization or a large territory, subduing existing populations and creating stability and peace over immense areas of land. Their pioneering spirit, their initiative and energy are then transferred to the exploitation of natural resources, to productive enterprise and to inventions, giving rise to the Age of Commerce:

The Age of Conquests, of course, overlaps the Age of Commerce. The proud military traditions still hold sway and the great armies guard the frontiers, but gradually the desire to make money seems to gain hold of the public. During the military period, glory and honour were the principal objects of ambition. To the merchant, such ideas are but empty words, which add nothing to the bank balance” (“The Fate of Empires,” p. 8).

Those who engage in commerce “grow immensely rich.” They have palaces built for their homes, they finance impressive municipal buildings and infrastructure, endow colleges and universities and patronize the arts, during what appears to be a Golden Age.

The first half of the Age of Commerce appears to be peculiarly splendid. The ancient virtues of courage, patriotism and devotion to duty are still in evidence. The nation is proud, united and full of self confidence. Boys are still required, first of all, to be manly—to ride, to shoot straight and to tell the truth.