Don’t Know How to Defend Marriage? Here Are 5 Great Tips 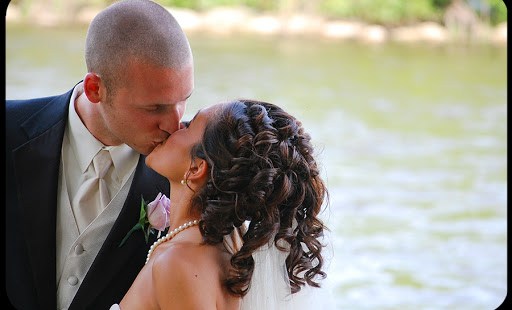 Tired of being tongue-tied? Afraid of sounding bigoted? Read on.

If your family is like mine, there may be a lot of diverse opinions shared – including different understandings about marriage. It is always good to share insights in a charitable way that help reveal the truth about marriage as the Church teaches; however, it is good to use non-religious language that anyone can understand and accept.
Evangelization of culture does not require changing someone’s mind or getting them to acknowledge that they are wrong. Conversion is really the work of the Holy Spirit, and being a witness for marriage requires humility to appreciate that. If we really trust the Holy Spirit, it is liberating to know that the outcome of the dialogue is not our responsibility.
Here are some tips that may be of help when having discussions – without getting sidetracked into conversations about homosexuality or sexual ethics, which offer little to reveal the truth about marriage as an integral part of God’s plan for creation.
Hint 1. Clarify False Underlying Premises
Remember, those who see no objection to same-sex couples marrying start out with two false assumptions. Rather than accuse someone of holding a false assumption, use this insight to help formulate how you present the reality of marriage and the issue of redefining it.
The two false assumptions are:
1. Most think the issue is merely about expanding marriage to let same-sex couples participate. It is not. To accommodate same-sex couples, marriage is actually redefined in the law replacing “a man and a woman” with “two people,” which by definition eliminates the only civil institution that is specifically geared to unite kids with their moms and dads. The question becomes, “Do we need such an institution, yes or no?”

2. A lot of the conflict is over two different understandings about what marriage is. Before discussing public policy on marriage, it is important to clarify the two conflicting understandings. Fifty-eight percent think that marriage is merely for the public recognition of committed relationships for the benefit of adults. That is not what marriage is, but it actually becomes that under the law if it is redefined. Marriage in reality is much more than a committed relationship. Marriage not only unites a man and a woman with each other, but with any children born from their union. That expresses the fullness of what marriage is, the community of lifeand love as described in the Catechism.

Hint 2: The Fact that Can Only Be Recognized
When defending marriage, most try to explain what marriage is by talking about all of its different attributes that are essential to marriage including procreative acts, sexual complementarity between men and women, mother and fatherhood, and the good of the children. Frankly, that complicates things too much.
Simply put,
marriage unites a man and a woman with each other and any children born from their union. That is what marriage is, that is what marriage does. Memorize this phrase. This is a fact that can only be recognized and never changed. It already presumes procreation, complementarity, and mother and fatherhood. It summarizes §1603 of the Catechism. Additionally the phrase expresses irreplaceability, and irrevocability, two attributes rarely associated with marriage today. Not every married man and woman has children, but every child has a mother and father. With insertion of the word “any” even the possibility of the heartbreak of infertility is accounted for. It is the only definition of marriage that you will need.
When the reality of marriage is recognized by law, it creates the only civil institution that is specifically geared to unite kids with their moms and dads — also a fact. When marriage is redefined, that institution is eliminated from the law even though men and women will still be able to marry — another fact. So again the question becomes, “Do we need such an institution, yes, or no?”