Pope Francis: “To Cure the Sick, to Welcome Them, to Serve Them, is to Serve Christ” 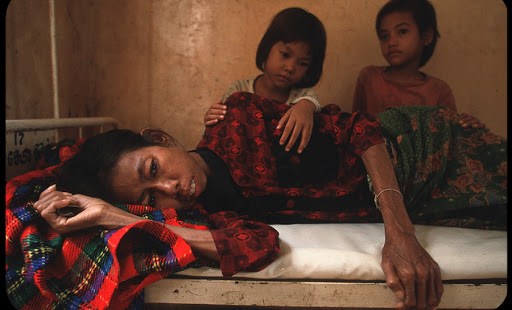 Ahead of World Day of the Sick, Pontiff says the sick person is the “flesh of Christ”

ROME (Vatican Radio) — During his Angelus address on Sunday, Pope Francis spoke about Jesus’ ministry of preaching and healing.

In the day’s Gospel, Jesus heals many sick people who are brought to Him. This leads the Pope to a reflection on the meaning of illness, and a consideration of the World Day of the Sick, which takes place on Wednesday, the feast of Our Lady of Lourdes.

In off-the-cuff remarks, the Holy Father asked for prayers for Archbishop Zygmunt Zimowski who is seriously ill in Poland. Archbishop Zymowski is the president of the Pontifical Council for the Pastoral Care of Health Care Workers, which organizes many of the events surrounding World Day of the Sick.

Pope Francis emphasized that caring for the sick has always been considered an integral part of the Church’s mission. “To care for the sick, to welcome them, to serve them, is to serve Christ,” he said.

The Pope concluded his remarks by saying we are all called “to bring the light of the Word of God and the power of grace” to all those who suffer, and to those who care for them.

Here is the full text of Pope Francis’ Angelus address for Sunday, February 8:

Today’s Gospel shows us Jesus Who, after having preached on the Sabbath in the synagogue, heals many sick people. To preach and to heal: this is the principle activity of Jesus in His public life. With the preaching He announces the Kingdom of God, and with the healing He shows that it is near, that the Kingdom of God is in the midst of us.

Entering into the house of Simon Peter, Jesus sees that his mother-in-law is in bed with the fever; immediately He takes her by the hand, He heals her, and raises her up. After the sun sets, when, since the Sabbath is over, the people can go and bring the sick to Him, He heals a multitude of people afflicted by maladies of every kind: physical, psychological, and spiritual. Having come to earth to announce and to realize the salvation of the whole man and of all people, Jesus shows a particular predilection for those who are wounded in body and in spirit: the poor, the sinners, the possessed, the sick, the marginalized. So He is revealed as the doctor both of souls and of bodies, the Good Samaritan of man. He is the true Savior: Jesus saves, Jesus cures, Jesus heals.

That reality of the healing of the sick by Christ invites us to reflect on the sense and meaning of illness. This reminds us also of the World Day of the Sick, which we celebrate next Wednesday, February 11, the liturgical memorial of the Blessed Virgin Mary of Lourdes. I bless the initiatives prepared for this Day, in particular the Vigil that will take place in Rome on the evening of February 10. And here I pause in order to remember the President of the Pontifical Council for the sick, for health, Archbishop Zygmunt Zimowski, who is very sick in Poland. A prayer for him, for his health, because it was he who prepared this Day, and he accompanies us in his suffering on this Day. A prayer for Archbishop Zimowski.

The salvific work of Christ is not exhausted with His Person and in the arc of His earthly life; it continues through the Church, the sacrament of the love and of the tenderness of God for humans. Sending His disciples in mission, Jesus confers on them a double mandate: to announce the Gospel of salvation and to heal the sick (cf. Mt 10:7-8). Faithful to this charge, the Church has always considered helping the sick an integral part of her mission.

“The poor and the suffering you will always have with you,” Jesus warns (cf. Mt 26:11), and the Church continuously finds them along her path, considering those who are sick as a privileged way to encounter Christ, to welcome Him and to serve Him. To cure the sick, to welcome them, to serve them, is to serve Christ: the sick person is the flesh of Christ.