Why I Don’t Spank My Children Anymore 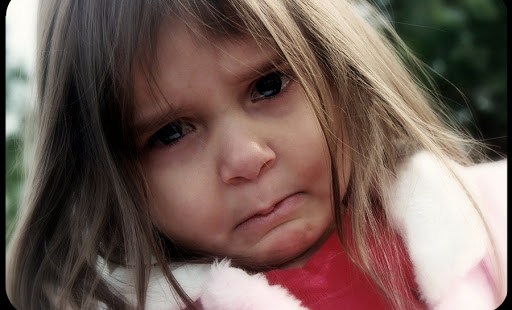 Pope Francis has made headlines recently with his apparent approval of spanking, as long as a child’s dignity is preserved. While speaking on the role of fathers at his weekly general audience, the Holy Father told this story:

"One time, I heard a father in a meeting with married couples say `I sometimes have to smack my children a bit, but never in the face so as to not humiliate them,"’ Francis said. "How beautiful!" Francis remarked. "He knows the sense of dignity! He has to punish them, but does it justly and moves on."

The Vatican press office responded to the outcries of corporal punishment critics. The Rev. Thomas Rosica said the pope was not speaking about committing violence or cruelty against a child but rather about "helping someone to grow and mature."

Few issues are as controversial as corporal punishment. In September, 2012, Delaware made spanking illegal. Yes, that’s right, parents who inflict any “pain” on their children can go to jail… in Delaware. Yet 19 states still permit spanking in public schools. California and other states are working hard to push through legislation that makes spanking a crime.  There are organizations that oppose all forms of child punishment, including extra chores, writing assignments, etc. But you can go online and hire a professional spanker to come and spank your child or teen. There are even those who advocate for “spanking therapy” and discuss “whipping theory” as a cure for depression, and addiction. Is your rear end burning yet?

The experts are just as conflicted. The American Academy of Pediatrics (AAP) strongly opposes corporal punishment. But The American College of Pediatricians (ACP) feels that “Disciplinary spanking by parents, when properly used, can be an effective component in an overall disciplinary plan with children.” From the AAP’s “Guidance for Effective Discipline

• Spanking children under 18 months of age increases the chance of physical injury, and the child is unlikely to understand the connection between the behavior and the punishment.

• Spanking models aggressive behavior as a solution to conflict and has been associated with increased aggression in preschool and school children.

• Spanking and threats of spanking lead to altered parent–child relationships, making discipline substantially more difficult when physical punishment is no longer an option, such as with adolescents.

• Spanking is no more effective as a long-term strategy than other approaches, and reliance on spanking as a discipline approach makes other discipline strategies less effective to use. Time-out and positive reinforcement of other behaviors are more difficult to implement and take longer to become effective when spanking has previously been a primary method of discipline.

• two open-handed swats to the buttocks in a child of about 2-7 years who defiantly refuses to cooperate with milder disciplinary measures, such as time outs

The ACP quotes other research “That limited use of spanking, when directly compared to alternative disciplinary tactics, has actually been shown to lead to improved compliance and less aggression in children.”

As for me, yes, I used to spank my children. It’s hard to admit it, especially as a pediatrician, because I’ve seen the horrors of extreme corporal punishment. I’ve taken care of children so badly beaten by their parents that their brains swell in their skull. I’ve seen children go into renal failure because of severe corporal punishment. But like 94% of American parents, I utilized corporal punishment. Not often. Not severely—just an occasional quick swat on the buttocks. Spanking was an ultimatum used only for defiant children that refused to go to time-out, and I threatened it far more than I ever actually did it. I finally understood what my mother, my grandmother, and generations of parents faced.

But I don’t spank anymore. I have other parenting methods that are more effective. Violence is a poor solution to the ills of our world, and the challenges of parenting are no exception. I feel freed from some burden now that I don’t have to spank my kids. But I certainly have not given up discipline. Teaching discipline and self-control is a primary obligation of a parent.

So what do we do instead of spanking? In our house we do a lot of service projects for people we have disrespected. If you mouth off to me, you might need to help me with laundry, or gardening, or cleaning the bathroom. If you are mean to your sibling, you might have to help them with homework or clean their room. Exercise can also help calm strong emotions. Sometimes I’ll send a child outside to walk a few loops of our cul-de-sac. If a child is truly out of control, they usually have to sit in the bathroom and draw a picture or write an essay about the issue at hand. Those too young to draw pictures just have time-out in the bathroom, one minute for each year of life. Different children have different needs and temperaments, and there is on one-size-fits all form of discipline.

Many people say they spank as a rare attention-getter when a child puts his or her life in danger. My ear piercing screams have served this purpose the few times my toddlers have run towards busy streets or otherwise endangered their lives.

Most importantly, we try very hard to tame our own anger. Yelling and using angry verbal reprimands is just as bad, if not worse, than spanking. We say we discipline out of love. Anger is not love.

Kathleen M. Berchelmann, MD, is an Assistant Professor of Pediatrics at Washington University School of Medicine in St. Louis, and a mother of five young children. Connect with Dr. Berchelmann at: KathleenBerchelmannMD.com.