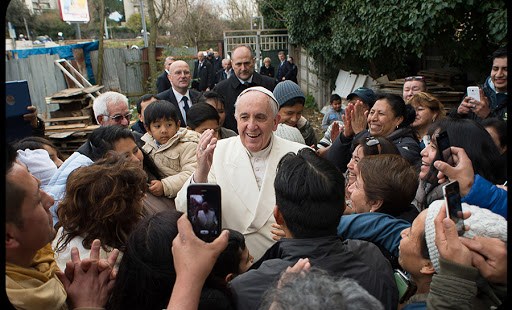 Looking beyond the false narrative of the secular press

As Pope Francis heads for his second consistory at which new cardinals will be created, he also has planned a series of meetings with the other cardinals from around the world. In addition he is holding meetings with the council of nine cardinals helping with his reform efforts. Also meeting this week are members of the new council appointed to implement stricter and more streamlined strategies for stamping out child abuse, while other meetings continue with the team overhauling the Vatican Bank.

Francis is hailed as a “reforming Pope” and he certainly seems intent on carrying through the plans initiated by Pope Benedict. Is it best, however, to regard him as a “reforming Pope”? When you read through the history of the church for the last hundred years, each pope has led the church through an intense period of self examination and reform, indeed from the papacy of Pope John XXIII it seems that the Catholic Church has been doing nothing but reform herself. Is it correct, therefore, to view Francis as “a reforming pope?”

Most of this narrative is driven by the secular press who wish to set up a false dichotomy between Pope Francis and Pope John Paul II and Benedict. The reasons for this false dichotomy are both simple and sinister. The simple reason is that conflict sells papers. If Pope Francis can be set up in opposition to Benedict and John Paul II then readers who are hungry for an ecclesiastical soap opera will tune in to catch the latest episode of the “big Vatican drama between arch foes Francis and Benedict." The other reason for the false dichotomy is sinister for two reasons: the enemies of the church wish to divide and conquer. If they can set up the two popes in opposition, then the church is weakened. The false dichotomy is also sinister because through it the secular press can hijack Pope Francis for all their favorite causes. They painted Benedict as their “arch conservative” foe. Francis can be their “radical liberal” friend, and as long as they keep ignoring the things he says and does which they dislike, Francis can continue to be their Poster Boy Pope.

Seeing Francis as the “Reforming Pope” is therefore not only not helpful, it is not accurate. Instead of the word “reform” we should use the word “renew”. Pope Francis wants renewal in the church, and the idea of renewal reaches far further than mere reform. We see the reforming work of Francis in his attempts to streamline and make transparent the financial workings of the Vatican. We see his reforming work in his efforts to improve curial efficiency and communications. His reforming work is seen as he carries through Benedict’s initiatives to stamp out clerical sexual abuse. these efforts are laudable, but they are only the outward actions of a far deeper renewal that Francis wishes to bring about.

This renewal is at the heart of his mission, and it is a renewal that the members of the secular press too often ignore and misunderstand. Francis’ curial reform, financial streamlining, stamping out abuse and appointing a team of cardinals to assist him are secondary to the spiritual renewal he wants for the church. Francis’s real ambition is to turn our hearts and minds back to the simplicity of the gospel message. The church exists to reach out to the poor, to heal the broken hearted, to bring justice and peace to the downtrodden, to preach the good news of Christ’s saving work to a desperately despairing human race. Political and economic changes in the Vatican are necessary not for their own sake, but to empower the spiritual mission of the church.

Pope Francis’ agenda of reform, therefore must be seen as serving his agenda of renewal. The Vatican bank must operate effectively and efficiently to serve the mission of the church. Sex abuse must be stamped out not only because it wounds young people, but because such a terrible scandal cripples the mission of the church. Croneyism, careerism, ambition and pride must be rooted out of the curia for the greater reason that the curial officials must serve the gospel, not themselves. Francis’ efforts at reform should be seen as the ongoing task of pruning the vine so that it might bear good fruit.

In this way we can see that Francis continues the work of Benedict who said on his appointment as pope that he was no more than “a simple worker in the vineyard.” Francis also is both a shepherd and a viticulturist. He leads the flock and he tends the vineyard of God. His work of reform is not an end in itself, but a means to an end. Through his work of reform he nurtures the branches on Christ’s vine, enabling it to bring forth a rich harvest.