Has Your Child Been Hypnotized? 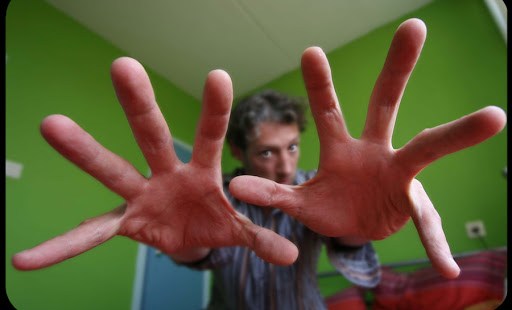 Many college students have, at great moral danger

Saint Mary’s College in Notre Dame, Ind., recently hosted a hypnotist on campus as a free entertainment event for students, according to The Observer. Hypnotism events have become popular on college campuses in recent years, but there have been several indications from the Catholic perspective—even in a document from a Pontifical Council—that the practice is dangerous.

The featured hypnotist, Jim Wand, “does anything from having the students dance and sing to having them think they are supermodels,” the College’s student activities board president reportedly stated. “No matter how the students participate, the show will be very entertaining for everyone who comes.” Wand is a frequent guest on college campuses.
One of the students described the experience of being hypnotized as creating an overwhelming desire to please the hypnotist. “I felt fuzzy in the head,” she told the Observer. “I felt like I had to make him really happy, and I felt like I had to give the audience a show.”

In the Pontifical Council for Culture’s document “Jesus Christ the Bearer of the Water of Life: A Christian reflection on the ‘New Age’”, hypnosis is included in a range of “new age techniques” which “create an atmosphere of psychic weakness (and vulnerability)” and deprive a person of their reason.

“We are authentic when we ‘take charge of’ ourselves, when our choice and reactions flow spontaneously from our deepest needs, when our behavior and expressed feelings reflect our personal wholeness”.

Since hypnotism “deprives the subject of the full use of reason and free will, a justifying cause is necessary for allowing it to be practiced,” summarized Father Edwin Healy, S.J., in an article titled “Medical Ethics” and published by Loyola University Press in 1956. This would exclude hypnotism for the purposes of entertainment.

The Catholic Encyclopedia, available at New Advent, describes hypnotism as a dangerous practice due to the “physical or physiological, psychic or intellectual, and above all moral, dangers” inherently present in the practice.

“In the process of suggestion the individual alienates his liberty and his reason, handing himself over to the domination of another,” The Catholic Encyclopedia explains. “[N]o one has any right thus to abdicate the rights of his conscience to renounce the duty towards his personality.”

Hypnotism may also occur in instances of “egregious uses,” including one practice called “past life regression therapy which uses hypnosis to allegedly help patients remember past lives,” according to a report by Women of Grace.

This article was originally pubished at Catholic Education Daily, an online publication of The Cardinal Newman Society. It is reprinted here with permission.