An Atheist Haunted by God: My Conversion to Catholicism 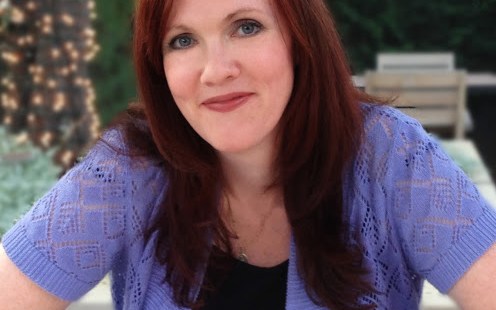 One thing I could never get on the same page with my fellow atheists about was the idea of meaning. The other atheists I knew seemed to feel like life was full of purpose despite the fact that we’re all nothing more than chemical reactions. I could never get there. In fact, I thought that whole line of thinking was unscientific, and more than a little intellectually dishonest. If everything that we call heroism and glory, and all the significance of all great human achievements, can be reduced to some neurons firing in the human brain, then it’s all destined to be extinguished at death. And considering that the entire span of homo sapiens’ existence on earth wouldn’t even amount to a blip on the radar screen of a 5-billion-year-old universe, it seemed silly to pretend like the 60-odd-year life of some random organism on one of trillions of planets was something special. (I was a blast at parties.)

By simply living my life, I felt like I was living a lie. I acknowledged the truth that life was meaningless, and yet I kept acting as if my own life had meaning, as if all the hope and love and joy I’d experienced was something real, something more than a mirage produced by the chemicals in my brain. Suicide had crossed my mind — not because I was depressed in the common sense of the word, simply because it seemed like it was nothing more than speeding up the inevitable. A life multiplied by zero yields the same result, no matter when you do it.

Not knowing what else to do, I followed the well-worn path of people who are trying to run from something that haunts them: I worked too much. I drank too much. I was emotionally fragile. Many of my relationships with other people were toxic. I wrapped myself in a cocoon of distractions, trying to pretend like I didn’t know what I knew.

A year after I graduated from college, I met a guy at work named Joe. I was so impressed with him, I didn’t think I had much of a chance. He’d grown up poor, raised by a single mother, and had gone on to get degrees from Yale, Columbia and Stanford. People who knew him said he was one of the smartest people they’d ever met. So when we began dating, I was thrilled. Our life together turned out to be even better than I could have imagined: We traveled the world on whims, ate at the finest restaurants, flew first class, and threw epic parties on the roof of his loft downtown. On top of that, both of our careers were taking off, so our future held only more money and more success.

We were a perfect couple. The only thing we didn’t see the same way was the issue of religion. A few months after we started dating, it came out that Joe not only believed in God, but considered himself a Christian. I did not understand how someone who was perfectly capable of rational thought could believe in fairy tale stories like those of Christianity. Did he believe in Santa Claus too?

It didn’t cause any problems between us, though, since we had the same basic moral code, he didn’t practice this bizarre faith of his in any noticeable way, and, mainly, I did not want to think about it. At all. Whenever the subject of God came up, something deep within me recoiled. Not that I had any problem demolishing silly theist ideas — it had been something of a hobby back in college — but the subject took me too close to that thing I was trying to forget. I had constructed my entire life around not thinking about it, so I never articulated what it was. It had been so buried by the parties and the socializing and the breathless running from place to place that it was no longer a specific concept, just some dark, cold amorphous knowledge I needed to avoid.

Joe and I married in a theater in 2003, reciting vows we wrote ourselves, with me wearing a dark purple dress. The plan was that marriage would be just a stepping stone along the path we were already on. But then I discovered I was pregnant, and everything changed.