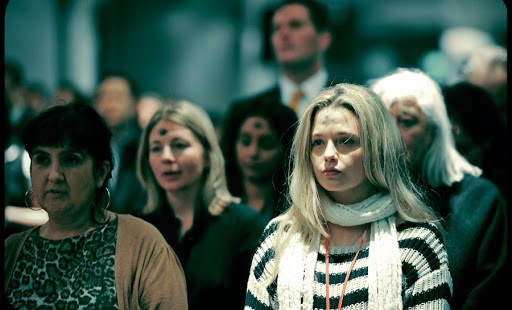 When Protestants pick from Catholicism

You wouldn’t think that anyone would fight about Ash Wednesday and Lent. For Catholics it’s part of what we do. For others it’s something they can use or not as they find it helpful, and increasing numbers do. Down-the-line Evangelical churches have started to hold special services for Ash Wednesday complete with ashes and to treat the Sundays after it as Sundays in Lent. Rather severely anti-sacramental Evangelicals now speak of giving things up and fasting on Fridays.

I find this cheering, but my friend Carl Trueman doesn’t. Carl teaches Church history at Westminster Theological Seminary in Philadelphia, the flagship of serious Reformed (i.e., Calvinist) Christianity in America. He’s a pastor in the Orthodox Presbyterian Church. If you’re thinking of the somewhat wooly-minded, generically Protestant Presbyterians in the church in middle of town, you’re not thinking of Carl’s kind of Presbyterian. The mainline Presbyterians are the ones in tweed and corduroy; Carl’s type are in biker leathers. He’s one John Calvin would have recognized as a brother.

Writing on Reformation21, the website of the Alliance for Confessing Evangelicals, Carl notes that Evangelicals have started observing the season and then lets loose:

American evangelicals are past masters at appropriating anything that catches their fancy in church history and claiming it as their own, from the ancient Fathers as the first emergents to the Old School men of Old Princeton as the precursors of the Young, Restless, and Reformed to Dietrich Bonhoeffer as modern American Evangelical.


He is a genial and liberal-minded man. His office bookshelf has very large Aquinas and Newman sections along with the works of Luther, Calvin, and their descendants. (He’s just written a book titled Luther On the Christian Life.) I have spent a pleasant night in the Truemans’ home after speaking at the seminary at his invitation. He is generous to Catholics. But Evangelicals observing Lent, this sets him off. “I also fear that it speaks of a certain carnality,” he continues:

The desire to do something which simply looks cool and which has a certain ostentatious spirituality about it. As an act of piety, it costs nothing yet implies a deep seriousness. In fact, far from revealing deep seriousness, in an evangelical context it simply exposes the superficiality, eclectic consumerism and underlying identity confusion of the movement.


They shouldn’t do this. Their “ecclesiastical commitments do not theologically or historically sanction observance of such things,” he writes in a second article on the website, “Catholicity Reduced to Ashes.” Ash Wednesday is “strictly speaking unbiblical” and therefore can’t be imposed by a church, treated as normative, or understood as offering benefits unavailable in the normal parts of the Christian life. That would be a violation of the Christian liberty the Reformation so stressed (against “the illicit binding of consciences in which the late medieval church indulged,” as he puts it).

The “well-constructed worship service” and “appropriately rich Reformed sacramentalism” render the observance of Ash Wednesday “irrelevant.” Infant baptism, for example, declares better than the imposition of ashes once a year “the priority of God’s grace and the helplessness of sinless humanity in the face of God.” The Lord’s Supper does as well.

Worse, Carl argues, these Evangelicals pick from the Catholic tradition the parts they like when that tradition is an indivisible whole. In for a penny, in for a pound seems to be his understanding of Catholicism. He finds it “most odd,” he writes in the second article, that some might “observe Lent as an act of identification with the church catholic while repudiating a catholic practice such as infant baptism or a catholic doctrine such as eternal generation or any hint of catholic polity.” (The lower-case “c” is his but he means the upper-case.) “The notion of historic catholicity itself has become just another eclectic consumerist construct.”