12 Things to Know About “What ISIS Really Wants” 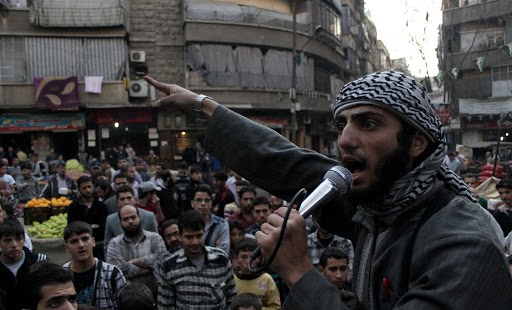 We misunderstand them at our peril

In his much talked about article, “What ISIS Really Wants” in the March issue of The Atlantic, Graeme Wood punctures Western fantasies that the Islamic State is made of psychopathic discontents, or in President Obama’s estimation, al Qaeda’s “JV team.”

Instead, he discovers, they are a formidable force, drawn together by a coherent faith and ideology. Here are our take-aways from Wood’s 10,000 word article.

1. ISIS and al-Qaeda are not one and the same. ISIS has eclipsed al-Qaeda and views its leaders as apostates. We have made a mistake in not realizing the difference between them, particularly in regard to how they interpret the Koran.

2. ISIS advocates strict adherence to the Koran and regards itself as responsible for fullfiling its apocalyptic prophecies. Followers are very knowledgeable about their faith, and punctilious about following the letter of the law. This includes an obligation to carry out crucifixions and amputations, and to establish slavery.

3. The Islamic State sees itself as having established a caliphate. Having fulfilled the necessary requirement of possessing territory (after seizing the area around Mosul, Iraq, ISIS has a territory as big as the United Kingdom), believers are now obligated to observe all sharia laws. In theory this includes immigrating to the caliphate.

4. Members of ISIS believe they have a role to play in the Apocalypse, and that the action will take place close to home. They believe it is prophesied that there will be a great battle against “Rome” in Dabiq, Syria, that they will go on sack Istanbul and that a final showdown with an anti-Messiah will occur before Jesus returns at the End of Days.

5. ISIS is now in “Offensive Jihad.” Now that it has established a caliphate, it must expand into non-Muslim territory, and is obligated to do so at least once a year.  Its tactics – beheadings, crucifixions, and enslavement of women and children – are meant to terrorize its enemies and hasten the end of conflict.

6. The United States has failed to recognize the rift between the Islamic State and Al Qaeda.  This resulted in a bizarre and bungled attempt to win the release of hostage Peter Kassig. The US recruitment of a senior al-Qaeda operative to intercede with ISIS on Kassig’s behalf ended badly, with the beheading of Kassig.

7. Territory is essential to the existence of the Islamic State. If you take away their territory, they cease to be a caliphate — a tempting argument for a foreign intervention.

8. ISIS wants us to invade. It would bolster recruitment and radicalize Muslims worldwide — a strong argument against a foreign intervention.

9. ISIS may become a victim of its own success. It’s only a matter of time before this mass of poor people with high expectations confronts economic deprivation, discontent, and a reduction in the number of believers immigrating to the caliphate. This won’t happen any time soon though.

10. If al-Qaeda were to pledge allegiance to the Islamic State it would be catastrophic. This is why Wood believes the Obama administration’s attempt to open channels of communication between al-Qaeda and Isis (during hostage negotations) was so foolhardy.

11. The majority of Muslims do not support the Islamic State. Some are “moderates,” who distrust hardline devotion of any kind and whom Isis considers apostates. But others oppose Isis on conservative, scriptural grounds, like certain “Salafis,” who believe they should remove themselves from conflict with fellow Muslims and concentrate on perfecting their personal lives.

12. ISIS‘ faith and confidence that they are carrying out divine will makes them a formidable opponent. They are pursuing Armageddon prefaced by a protracted war, and are unlikely to respond to appeals to their non-religious “interests."