Why Are Some Catholics Embarrassed by the Cross? 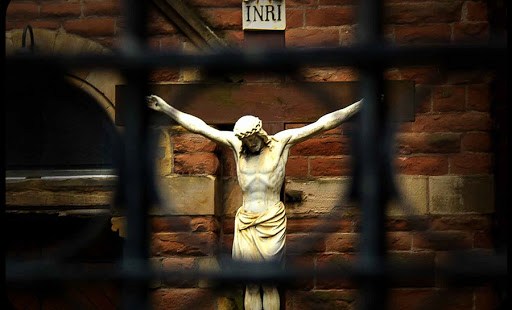 Christianity is more than just being a nice guy.

St. Peter was riding high. Jesus had just asked the disciples, “Who do you say that I am?” While the rest of the disciples stumbled around in confusion, Peter hit a home run. “You are the Christ, the Son of the living God.” Then, moments later, Jesus blesses him and entrusts him with the keys of his kingdom, giving him far more authority than he could imagine. Whatever you bind in heaven will be bound? Oh yes, Peter was feeling fine.

But then, as they continued their journey, Jesus began talking strangely, predicting his own suffering and death at the hands of the priests and Pharisees. The disciples were worried and puzzled — but Peter was downright upset. What was Jesus saying? He couldn’t mean it. He had just affirmed that he was the long awaited Messiah, the Son of God! Surely he was only moments away from ushering in a glorious earthly kingdom; a kingdom in which, he, Peter, son of Jonah, would occupy a very prestigious position. Jesus couldn’t mean it, and Peter felt he had to set him straight. “God forbid, Lord! This shall never happen to you.”

Then something happened that shook St. Peter to the core. Jesus, his meek and gentle master, turned to him with an angry fire in his eyes. “Get behind me, Satan!” he exclaimed. “You are a hindrance to me; for you are not on the side of God, but of men.” Peter was stunned, humiliated, and grief stricken. Had Jesus just called him…Satan?

But Jesus wasn’t finished. He turned to the rest of the disciples who were still reeling from this sudden zeal on the part of their Master. “If any man would come after me, let him deny himself and take up his cross and follow me,” Jesus continued passionately. “For whoever would save his life will lose it, and whoever loses his life for my sake will find it.”

THE CROSS
As we read this account in Matthew’s Gospel, we are compelled to ask: Why was Jesus so angry? Wasn’t St. Peter simply looking out for him? The answer is quite simple. Jesus loved the cross. His death was not an accident of circumstances or the outcome of a successful plot on behalf of the Pharisees, but rather the longing of his heart. Jesus Christ came to earth for one reason only—to redeem fallen humanity—and the cross was his chosen instrument of redemption. His whole life was like an arrow shot towards Calvary. The cross was always before his eyes.

The disciples, on the other hand, were appalled by the idea that their Lord could be killed. They did not listen to Jesus’ warnings and calls to sacrifice everything. They were interested only in the easy road, the smooth road. They longed for glory and a high place in the Messiah’s restored earthly kingdom. To them, their journey could end in no other way. The cross? Far from loving it, they were horrified by it, repelled by it.

Jesus looked into their hearts and saw their empty ambition, their pride, their love of comfort, their vain envy of one another. His infernal enemy, Satan, had been cast from heaven for the very pride and ambition his closest friends were now displaying. And it made Jesus angry. He turned to them and assured them that if they did not embrace the cross as he did, they had no part with him. The cross that so horrified them became the one condition of their salvation.

HIDING THE CRUCIFIX
Far too often, Catholics are embarrassed by the cross. The crucifix is removed from sanctuaries. The Mass, once known as an unbloody sacrifice, the re-presentation of Calvary, is reframed as a community meal. Priests, we are told, do not offer a Victim to God the Father, but rather preside like congenial hosts at a dinner. Homilies, instead of issuing calls to self-denial, rather exhort us to a mild and tolerant affability. Talk of sin and hell and God’s justice is scoffed at and is replaced by a vague and cheerful universalism.