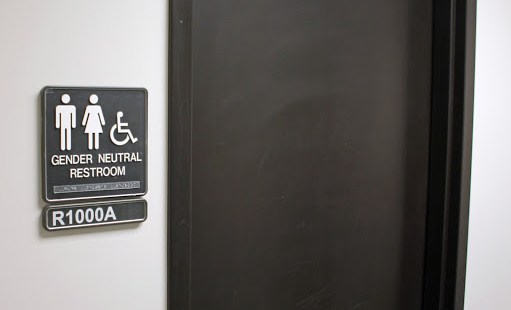 Why Pope Francis is speaking out

“The Church and the heresies always used to fight about words, because they are the only thing worth fighting about.” G. K. Chesterton, The Ball and the Cross.

When Pope Francis listed Gender Theory among the most destructive threats we face today, many people had no idea what he was talking about.

"Gender" used to be a perfectly respectable word – a grammatical term. In English some pronouns have gender: masculine, feminine or neuter. Living things, on the other hand, are categorized by sex: male or female. Recently, however, on forms rather than being asked for our sex, we are asked for our gender. The public did not object, probably assuming "gender" is just a genteel synonym for "sex," since "sex" can also mean "sexual intercourse." However, sex and gender are not interchangeable. We may speak of people "having sex," but we do not describe this as "having gender."

Most of the public were unaware that in the 1950’s gender was given another meaning. "Gender" is now used to describe one’s personal identification with a particular sex. "Sex" was reduced to the biological reality. According to Gender Theory: gender is not simply the natural expression of and inexorably linked to sex, but socially constructed; gender roles, imposed by oppressive cultures, can and should be changed; gender doesn’t have to match sex; gender is not limited to the male/female binary and can change over time; there are an unlimited number of genders; what appear to be natural differences between the sexes are oppressive stereotypes. To even mention the possibility that in some cases, sex difference should matter, is to open yourself to accusations of sexism. Pope Francis is quite correct when he points out the dangers of Gender Theory. It is a frontal attack on reality.

Gender theory owes a lot to the notorious John Money. While employed at Johns Hopkins, Money promoted a protocol for treating baby boys with severely damaged genitals. Surgeons were encouraged to amputate any remaining male parts and tell the parents to raise the boy as a girl. The parents were assured that the boy-to-girl would accept the change, because gender identity is constructed by socialization. In fact, Money was a fraud. He promoted his most famous case, that of the identical twin David Reimer, as a success for years when he knew David had rejected female identification and was living as a man. Follow-ups on other boys subjected to Money’s scheme revealed that many of them spontaneously rejected female identification. Even without external male parts, they knew they were boys.

Money also encouraged Johns Hopkins to perform so-called "sex change" operations. Biologically normal males, who claimed to have women’s brains, wanted their bodies to match their brains. Surgeons knew that the treatment was at best palliative. While they could transform male genitals into something resembling female genitals, this didn’t make their patients women. When Dr. Paul McHugh became the chief psychiatrist at Johns Hopkins, he commissioned a study of the results of the procedure. Its authors, Jon Meyer and John Hoopes, found that:

In a thousand subtle ways, the reassignee has the bitter experience that he is not—and never will be—a real girl but is, at best, a convincing simulated female. Such an adjustment cannot compensate for the tragedy of having lost all chance to be male, and of having in the final analysis, no way to be really female.

I concluded that Hopkins was fundamentally cooperating with a mental illness. We psychiatrists, I thought, would do better to concentrate on trying to fix their minds and not their genitalia.