​Rick Warren Speaks Out Against the Federal Government’s Progressive Agenda 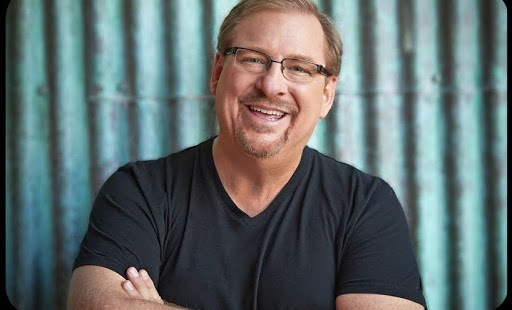 Its negative consequences at home and abroad

WASHINGTON — Six years ago, Rick Warren delivered the invocation at the inauguration of President Barack Obama, but his diagreements with the Democrat’s position on hot-button cultural issues has always been clear. These disagreements grew after the contraception-and-abortifacient mandate of the Affordable Care Act.

On Wednesday, as one of two keynote speakers at a conference on international development and proselytization at Georgetown University, Warren criticized the government for requiring that churches and faith-based non-governmental institutions follow guidelines on hiring, health-care, and other issues that violate their beliefs.

The religious freedom project at Georgetown’s Berkley Center sponsored the all-day conference with the Institute for the Studies of Religion at Baylor University in Waco, Texas.

Warren, the author of the 2002 best-seller The Purpose Driven Life, has sought to retain his Christian convictions on sex and marriage without alienating cultural progressives or withdrawing from national life. Both Republicans and Democrats have appreciated his skill at bridging the cultural divide, but his speech made clear that divide is becoming a chasm.

Warren has a name for working toward a goal with those he disagrees with on key issues: co-belligerency. The principal is important to him, and he wishes the federal government would follow it, too.

"Here’s the problem: the government will hold people to a standard that they do not hold. I call it co-belligerence: we don’t have to agree with someone on everything. The government won’t do that. The government clearly has a cultural agenda it wants to promote," Warren told the audience of 70 or 80 persons.

Later, in a personal interview, Warren elaborated on an idea he mentioned in a 2013 talk at Georgetown. "In the 18th century, classical liberalism didn’t try to impose an agenda on non-Western cultures. Now it has a rampant agenda," he said in an interview.

As a result of government’s strictures, Warren said his church does not accept public dollars for its work in foreign countries. For Warren, the “hubris” of the federal government undermines the very purpose of churches and faith-based institutions. Two years ago, Warren told Christianity Today he wanted to reach 3,400 people groups with no Christian witness or the Bible in their native tongue.

“From the history of the Jewish people, from the Crusades to the Inquisition, I come at this with a real allergy to those who want to use their [religious] power,” Messinger said.

Messinger added that recipients of churches’ charitable work may feel they need to attend a religious service or convert to receive aid. “I think we have to try really hard—and I think my organization doesn’t do this enough—to ask what does this look like for the person we’re trying to help?” Messinger said.

Warren thought this overlooked a crucial distinction. He suggested that modern-day liberals must understand the difference between manipulative proselytism and conversion. “Coercion is not conversion,” he insisted. “They are not the same thing. I believe the Lord gives me the right to accept or reject Him.”

Warren noted that members of his mega-church, Saddleback Church in Lake Forest, California, donated to help the victims in Japan after a tsunami hit the country in 2011 for reasons different from those of the federal government. "All compassion should be without strings, but it should not mean it has no motivation," said Warren, who paused to let his words sink in.