A Newfound Sympathy for the Sober, Thanks to Lent 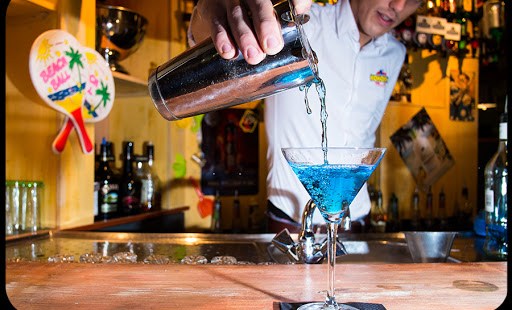 A world of temptation opens up

We all know that the recovering alcoholic’s fight is a hard one.

But we can’t possibly know how hard until we see the world through their eyes, which is something I happened to do last year, in a way, thanks to Lent.

I gave up booze for Lent last year.  For me, that meant parting company with beer and wine, a couple of times a week.

Why’d I give them up? I’d read a Catholic commentary on Lent and its meaning. What we surrender in Lent is not so much about punishment or penance, but anticipation of Easter, and feeling or reminding ourselves of what Jesus gave up, so we can be in the frame of mind and heart that we need to be in. Giving up beer and wine would serve nicely, I thought, because I knew I’d be offered it relatively frequently.

I was wrong.  I wasn’t offered it frequently.  I was offered it all the time.

Let’s start with a seemingly innocuous trend that I’m sure most of us have noticed: in American cities, if people want to get together after 5 p.m., for a business chat or a rendezvous with a friend, the suggestion that’s always either #1 or #2 is “let’s grab a drink.”  Booze is at the heart of what must be some vast percentage of after-work get-togethers.

So at the beginning of my booze-free Lent, when I was asked by a friend if I wanted to “grab a drink," I said “how about we make it dinner instead.”  Deal.  That night, I told the nice waiter who was inquiring about drinks that, for me, water was fine.  He said, “You’re sure I can’t interest you in some wine, a nice red with your pork loin?”  I thanked him, said no, and then briefed him on my Lenten observance.  He sighed, but not with disappointment.  It was a sigh of relief, having found a fellow traveler.  We bonded for five minutes, because he, too, had foreswarn sauce during Lent.

And that was nice. But the evening’s telling detail was the fact that when I’d said I just wanted water, he’d wondered if he could still get me some wine. He asked twice.  It’s not his fault. It’s de rigeur for waiters. And I understand the economics of it. They make their tips off the total sale, and both wine and beer hike the tab exponentially. For waiters, turning water (orders) into wine (orders) means a salary hike. And as a result, the beer, wine, and alcohol industry has it good. Very good. Every day, starting probably at about 3 p.m., all over the world, servers are explicitly offering the drinks industry’s wares, coaxing patrons to have a second glass, and encouraging fans of just water to man up and get something a bit more adult with their steak.

This constant offering of alcohol is part of a social phenomenon I now call The Booze Gauntlet.  Gauntlets of course were corridors of people that you ran through, sustaining their withering blows as you did so. That’s why Booze Gauntlet is a good name. Everywhere you go, it’s there, and you have to run it.  Servers suggesting wines. Hours that qualify as “Happy” because they feature liquid fortification. Friends who gather after work and can’t believe that you don’t want to have a beer when everyone else is having one. TV commercials rubbing your nose in the life-enhancing power of booze.  Billboards and magazine pages featuring insanely bright smiles and moments of joy, all of which are obviously fueled by firewater.

Newly alert to the Booze Gauntlet because I was now consciously shielding myself from it, I started to anatomize its parts and tally its blows. And that led to a new level of sympathy for the recovering alcoholic, and a deeper admiration for his or her ability to stay sober in the face of this omnipresent pressure to drink.