10 Signs Christianity Is on the Rise 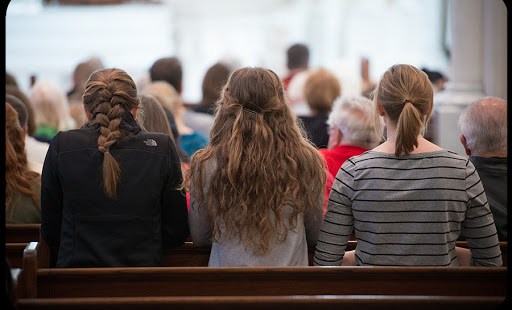 It may look different in the future, but that’s a good thing

In many ways, Christianity is on the rise as never before—worldwide, and in America. Here are the ways we can tell:

1. Christianity is growing by leaps and bounds worldwide.

The research shows Christian numbers rising, not falling worldwide. "Christianity should enjoy a worldwide boom in the coming decades, but the vast majority of believers will be neither white nor European, nor Euro-American,” writes Philip Jenkins of Baylor University, author of The Next Christendom.

In America, this will mean that as white descendants of Europeans fall off a demographic cliff, they will be replaced by the growing Southern Christian and Catholic populations.

Meanwhile, in America, research showing that Christian numbers are tanking is a little misleading. What it really shows is a fall in the number of people who call themselves Christians but have never darkened the door of a Church. We no longer feel we have to dishonestly mark the “Christian” box, and we now feel it’s okay to be honest and mark the “atheist” box—but this shows health rather than weakness.

It is an interesting dynamic: In the West, the nominal Christianity that was inherited unthinkingly is disappearing and in the East and South, real Christianity is a rapidly growing grassroots movement. Books like God’s Century by Monica Duffy Toft of Public Policy at the John F. Kennedy School of Government and God Is Back by John Micklethwait and Adrian Wooldridge of The Economist are trying to figure out what that will mean.

3. The Church is promoting the sacraments.

But the nominal Catholic rate still causes problems. We know various polls place Mass attendance at various small percentages. What we don’t know is the extent to which they merely show that nominal Catholics still mark “Catholic” on polls.

Another thing we also know is that the Church is promoting the first necessary step to increased Mass attendance: Confession. The Vatican’s 24 hours for the Lord March 13-14 is doing this church-wide, seeing promotions pay off in Great Britain, while events such as Chicago’s Festival of Forgiveness and Philadelphia’s confession push are doing the same in America.

4. Eucharistic Adoration is on the rise.

A good measure of whether Catholics are more than nominal is Eucharistic adoration. To spend time with Jesus Christ is the very definition of a Christian, after all. Adoration is offered at 7,094 U.S. parishes as listed by RealPresence.com. In 2005, that website’s president, Mike Mortimer, estimated that there were 715 perpetual adoration chapels in America. The Vatican now estimates that there are 1,100 perpetual adoration chapels in America.

The worldwide church is led by a man who prays a daily Eucharistic hour and the Church in America is actively promoting Eucharistic adoration through events like the Eucharistic Adoration Novena.

A movement’s future is only as strong as its next generation, and so for Catholicism to have a future it has to have a youth movement. Catholicism does. Our most recent World Youth Day attracted 3.7 million—one of the 30-year event’s largest gatherings ever.

At home, we see a pro-life force largely led by young American Catholics, which dwarfs almost every other activist movement. Tens of thousands of Catholic young people descend on Washington each January for the March for Life, and you can add to that the young people at the