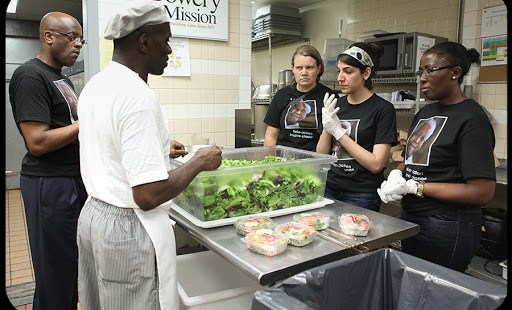 How charity can be “toxic”

The English novelist Alice Thomas Ellis told how, after Mass on a winter Saturday evening at Westminster Cathedral, a prissy curate told the churchgoers not to give money to the homeless beggars at the doors of the cathedral.

“Do not give them money!” he remonstrated. “They will only spend it on drink!”

Ellis quipped, “I thought to myself, ‘If I were homeless in February the first thing I’d need is a good stiff drink.’ So I promptly went out and shoved a fiver into the hand of the nearest tramp.”

It illustrates the difficulties any follower of Jesus Christ faces. We’re supposed to help the poor, but how do we do that? A priest of my acquaintance who does admirable work with the poor tells his wealthy parishioners, “Just give them money. They need it and you need to give.” Well, maybe and maybe not.

I work as the priest of a small parish in the roughest area of a prosperous sun belt city. Greenville, South Carolina is famous as the home of Bob Jones University. Upstate South Carolina is redder than a lobster with sunburn, where no one apologizes for clinging to their guns and their religion.

But we’re not all rednecks. Greenville is also home to the North American HQ of Michelin and BMW. Down the road is the famous Clemson University. High end Furman University is on the edge of town and Greenville’s downtown is in the textbooks as a model for successful urban renewal. There is a brisk cosmopolitan atmosphere with plenty of smooth restaurants, galleries, concert venues and sports facilities.

My parish, however, sits on a junction of the major North-South artery I-85. Surrounded by hotels, restaurants and gas stations that were prosperous thirty years ago, the area around our parish is one of Greenville’s shadows. The gas stations, hotels and restaurants that are not boarded up have become the haunts of hookers, pushers and gang members. The once lower middle class housing has become the refuge for low income immigrants, the indigent, the addicts and disabled. The people with get up and go have got up and gone.

But we’re still there as a Catholic witness. Our little parochial school is open for business, we’re building a new church and trying to reach out to those in need. For decades we have run a successful food pantry. On Saturday mornings our parishioners turn up to distribute groceries to the folks who huddle in the cold for a handout. We’re not alone. It happens all across this prosperous, largely Christian town.

I asked the hefty and rather blunt director of one of the major Baptist charities what it was like to be homeless and hungry in Greenville.

Those who run the soup kitchens, homeless shelters, food pantries and welfare programs are constantly faced with the dilemma of the prissy curate and the blunt Baptist. “Are we really helping people by simply giving them groceries, soup and a sandwich?” Don’t they have greater needs? By giving handouts aren’t we like the family members of an alcoholic who make excuses, turn a blind eye, bail him out and prop him up? Aren’t we encouraging dependency and enabling indigence? Aren’t the handouts humiliating?

Atlanta author Robert D. Lupton asks the tough questions in his provocative book Toxic Charity.  Based on his forty years’ experience working in front line urban renewal projects, Lupton challenges American Christian assumptions about charitable work. He contends that handouts not only do not relieve poverty, but they encourage poverty. He uses Africa as a large scale example. Since 1964 the African continent has received well over $1 trillion in aid, yet country by country Africans are worse off than ever. The overall per capita income is less than it was in the 1970s with over half of Africans living on less than $1.00 a day. Quoting African economist and author of