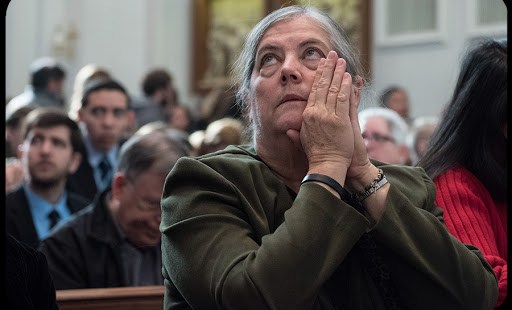 In another show of selective tolerance from the cultural radicals, there comes the following story, as related in Crisis Magazine. Here are some excerpts from the article:

In their zeal to protect students from any comments or opinions that may hurt their feelings, many professors [in this case at Marquette University] have created “safe spaces” in their classrooms—controlling all conversations in an effort to ensure that no one is ever offended …[Professor Cheryl Abbate]  made it clear that the classroom was not a [place for students doubting] the value of same-sex “marriage.” Such conversations had to be held in secret so as not to offend others … One student in the class decided to pursue this issue with Abbate after class … The student said: “I have to be completely honest with you, I don’t agree with gay marriage …”  Professor Abbate replied: “Ok, there are some opinions that are not appropriate, that are harmful.”

In the “safe space” Abbate has created, homosexual students have the right not to be offended … But, where does that leave faithful Catholic students? Is there a safe space for them? … For Abbate, it is uncontroversial to have a safe-space policy that is only safe for those who agree with her about the value of same-sex “marriage.”

In December, Marquette relieved Professor John McAdams of his teaching and other faculty duties for blogging about the Abbate incident. According to McAdams, the student involved in the confrontation with Abbate talked with him about the incident, and McAdams took to his blog, Marquette Warrior,  [N.B. Professor Abbate] had also written of the incident on her blog but was not disciplined for bringing the matter to light … [The full article is here: Crisis Magazine online: Catholicism is Considered Unsafe at Marquette]

Welcome to “tolerance” as defined by secular radicals. In their lexicon, “tolerance” is “your right, actually, your obligation to agree with me.” “Live and let live” means, “you have the right to live only where Isay and under the terms I set.” “Bigotry” applies only those speaking out against the classes they say are oppressed. “Phobes” (as in homophobes) are those who oppose their  agenda. “Hate” only exists against the classes they say are “protected” and that they have defined as “oppressed.” Apparently, it is not possible for religious or social conservatives to be the object of hate, since hate only comes from social conservatives. Or so it would seem from their behavior and policies. And very few will question them on this  due to the support of secular media and to the pressure to be politically correct.

Pope Benedict spoke frequently of the “tyranny of relativism.” Essentially, this means that when a culture decides there is no fundamental basis of truth (whether from Scripture or Natural Law), the result is that there is no real basis for discussion or resolution of issues. Thus, who “wins the day” is based not on reason but on who shouts the loudest and/or who has the most power, money, or political influence.

In a relativistic  world, the way forward is not to appeal to reason by reference to Natural Law (in philosophy), or to constitutional principles (in political discourse), or to Scripture and Tradition (in theology). Rather, the way forward is to gain power and to implement an agenda that excludes all opposing views.