What Job Can Teach us About Fatherhood 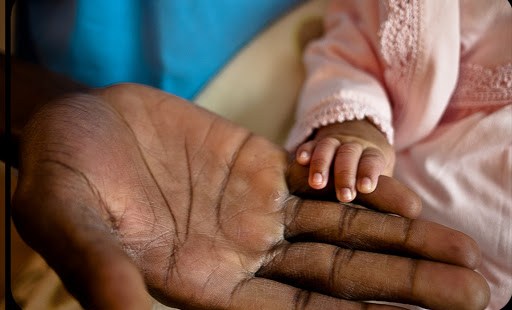 3 lessons from the suffering saint of the Old Testament

When we think of Job, we think of suffering. And it is true—Job suffered far more than any of us can imagine. Despite the fact that he was completely innocent, he endured intense physical pain, lack of sleep, hunger, the loss of his enormous wealth, the death of all of his children, and the insults and criticisms of his wife and his fair-weather friends.

This holy man can teach us many things, but today, I want to focus on another aspect of Job that is not talked about very often: his fatherhood. Job can teach us at least three characteristics of a righteous father.

Job had ten children, seven sons and three daughters. In the very beginning of the first chapter of Job, we catch a glimpse of how Job related to his children.

There were born to him seven sons and three daughters. He had seven thousand sheep, three thousand camels, five hundred yoke of oxen, and five hundred she-asses, and very many servants; so that this man was the greatest of all the people of the east.

His sons used to go and hold a feast in the house of each on his day; and they would send and invite their three sisters to eat and drink with them.  And when the days of the feast had run their course, Job would send and sanctify them, and he would rise early in the morning and offer burnt offerings according to the number of them all; for Job said, “It may be that my sons have sinned, and cursed God in their hearts.” Thus Job did continually.

1. Children Are a Reward

The first thing we notice in this passage is that Job treasured his children. In detailing Job’s wealth, the author lists his children first and foremost to tell us that Job loved them more than anything else in his possession. Perhaps it is reading too much into things, but I see significance in the fact that Job had  seven sons and  three daughters. Both seven and three signify completion and perfection in Hebrew culture, so it seems Job had the  perfect number of children. His joy was complete.

I think this point is important because the modern world tells us that less is more when it comes to children. Two is considered the perfect number, one boy and one girl. If you have more than two, prepare yourself for all manner of rude comments about your irresponsibility and lack of self-control. Children are considered a burdensome nuisance these days. Yet, in the ancient world, children were treasured as a reward and a blessing from God. A lot of children meant you were abundantly blessed.

As Catholics, I believe we need to recover the idea that children are a reward. We all know the Church’s teaching on artificial contraception, but if we aren’t careful, we can still be very easily influenced by the cultural thinking about children. We can value a big house and a new car more than we do the gift of new life. This is wrong. I can tell you from experience that where there are children, there is always joy. Let’s learn from Job to celebrate our children as the greatest treasure we can possesses.

The second thing that we can learn from this passage is Job’s spiritual concern for his children. Job’s children loved to party, and it no doubt brought joy to Job’s fatherly heart to see his children enjoying his wealth. Yet, while Job wanted his children to have a good time, he never forgot their spiritual wellbeing. Notice his concern:

And when the days of the feast had run their course, Job would send and sanctify them, and he would rise early in the morning and offer burnt offerings according to the number of them all; for Job said, “It may be that my sons have sinned, and cursed God in their hearts.” Thus Job did continually.