The Inside Story on Pope Francis and Women in the Church 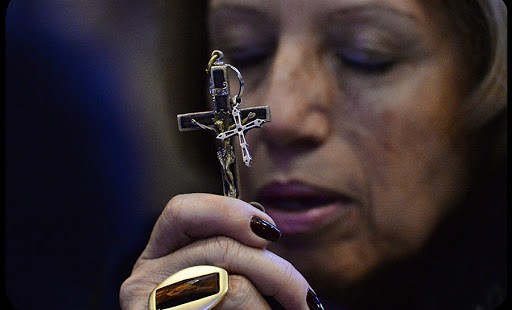 Since 2012, the Holy See’s newspaper, L’Osservatore Romano, like many other periodicals, has a women’s supplement. Unlike most papers, however, this supplement doesn’t focus on fashion or the jet set; rather, it talks about the great challenges and problems that women face today, and especially their role in the Church. It is titled "Women, Church, World".

This monthly supplement is directed by Lucetta Scaraffia, who is also a historian and professor at the Sapienza University in Rome. At the end of the 80’s, she experienced an authentic conversion to Christianity, having been attracted all her life by the figure of St. Teresa of Avila. Since then she has dedicated herself to study the history of women and of religion, paying special attention in many of her books to female religiosity.

During Pope Francis’ pontificate, Scaraffia has become one of the most popular journalistic voices with the greatest interest in the role of women in the Church. This interview with Alfa y Omega makes it clear why this is the case.

You have gotten to know Pope Francis and have studied his thought in depth. What is the Pope’s perspective on women in the Church?

Pope Francis’ perspective on this problem is both concrete and profound.

Concrete, because he understands very well—as he has made clear several times—that today, a Church in which women are not seen, or in which they are only allowed to work in subordinate roles, despite the fact that more than half the members of religious communities and of the faithful are women, inspires criticism and distrust in outside observers.

Above all, it doesn’t attract conversions or female vocations in developed countries, although in the lay world they find equality and respect.

Profound, because he has also said several times that it is necessary to have a more profound theology of women.
Pope Francis doesn’t want the Church to simply adapt to the modern world; he wants profound internal reflection, a "conversion" going back to the origins of Christianity and taking up once again the broken line of the extraordinary role that Jesus gave to women.

Christianity needs to take back something specific to it: having established, for the first time in history, equality between men and women.

The Pope is promoting an authentic renewal in the Church. Will this renewal also have an impact on the role of women in the life of the Church?

I hope so, although it won’t be easy. The renewal is running up against many obstacles. Almost everyone agrees in wanting to postpone a re-examination of women’s role in the Church indefinitely, far into the future.

But nonetheless there is a tangible need at least to give women a voice in meetings, and the Pope always includes at least one woman when naming new members of commissions. Also, a certain amount of cultural activity—books and congresses—is being dedicated to women. This is something totally new. But there is still a great distance between this and introducing more concrete innovations.

Above all, it would be important for women’s voices to be heard. Women have a lot to say on questions that the Church has to face: issues that are important, and often new.

You edit the women’s supplement of the Pope’s newspaper. Has the Pope given you instructions? Any advice?

No, we have complete freedom. Obviously, we try to respond to his requests: throughout the year 2014, for example, we dedicated a large page to theology of women, entrusted to male and female theologians from around the world. This series concluded with a round table discussion with other theologians.

All of this material has been collected into a book that is about to be published, and that we hope will contribute to dealing with the problem pointed out by the Pope.