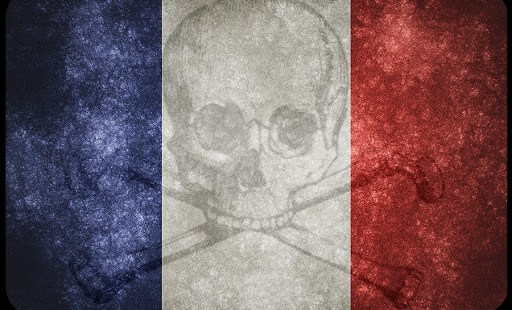 Euthanasia, by any other name, smells

News Update: On Tuesday, March 17, France’s lower house of Parliament approved a bill that would allow doctors to keep terminally ill patients sedated until they die. The measure passed by a vote of 436 to 34, and will have to be considered by the Senate before it becomes law.

The new legislative proposal in France on end-of-life measures brings the question of euthanasia back to the debate. Faced with pressure from pro-euthanasia lobby groups such as ADMD (Association for the Right to Die with Dignity) and part of its governing majority, the government has not had the prudence to stick to the Leonetti law (2005), which is admittedly imperfect but has the merit of establishing a right to palliative care. Anxious not to provoke a new social crisis, lawmakers did not want to jostle public opinion by imposing euthanasia or assisted suicide. Cleverly, the new law does not mention the word euthanasia, but speaks of "deep sedation." How should we understand this? As Christians, what do we have to say about it?

A new law is unnecessary

This law is useless: what is urgent is not to take "one more step" toward euthanasia but to apply what the previous law allowed for, namely palliative care for all. Palliative care is the only way to reject both euthanasia and aggressive therapy. It is legitimate to alleviate the patient’s suffering. Today, we can. It is outrageous that palliative care is not available to all dying persons, due to lack of resources and insufficient training of caregivers. Doctors admit it: when pain is taken care of, the request for euthanasia goes. The fact is that dying people and their families need to feel accompanied to the end and need help in living these last precious moments of life.

Sedation means plunging the patient into a deep coma. This may be legitimate if it is only to relieve the patient from pain that resists any other palliative care, if it is used as a last resort and if the sedation is reversible. This is called "terminal sedation."

The difficulty with the new law is that it puts forward a very different kind of "terminal sedation." It even mentions a "right to a deep and continuous sedation until death" which could be requested when life expectancy is limited, could be irreversible and would be accompanied by the interruption of feeding and hydration. In other words, the intention is not to relieve but to cause death. To be sure, a gentle, painless death, but a certain one. In its opinion of March 6,  2015, the National Academy of Medicine got it right: behind "this mistaken, abusive and tendentious interpretation of the term sedation" hides "active euthanasia" or assisted suicide.

A need for brotherhood

In its report issued late 2014, the National Consultative Ethics Committee noted "the scandal of the past 15 years: the lack of access to the rights recognized by law, the neglect of a vast majority of people at the end of their life and unbearable conditions for the overwhelming majority of our citizens."

This is the first real issue on which Christians have to work: support for people in the last stages of life, help for these people’s families, and support for the caregivers. We all sense the importance of these last moments. We understand the fear of death and perhaps even more so the fear of pain. How can we accept that people live these moments isolated, left to themselves? Doing away with the end-of-life or the end-of-life patient is not progress. But learning to live the last phase of life is. It is urgent to develop intergenerational solidarity so that everyone can end his or her life surrounded by loved ones, attended to, accompanied. We must revive true brotherhood. We must also develop special help for the relatives and families who are caring for a loved one. Often it is the families who cannot put up with anymore and want "it all to end."

A need for hope

A second issue for us Christians is the message of hope that sheds new light on the end of life. Indeed, it is the spiritual vacuum in the West that makes it more difficult to approach these questions. How can we accept death, how can we recognize the value of life, even a weakened life, how can we accept our limitations if we have only a materialistic vision and no final hope?

These moments are also often the time to seek or to give forgiveness, the time for "goodbyes" full of tears and hope, the time of thanks, but also occasionally the time of very strong spiritual warfare, waged in the secret of the heart, in order to receive the gift of God, his forgiveness, his promise, his peace. We must not ignore these last moments, nor hide them, nor rob the patient of them, but live them together and live them in prayer. This is the charity we owe to those who are about to leave us for a while. It is also a way of loving the world, so terrified by death, by sharing "the hope which will not disappoint us."

Fr. Pierre-Herve Grosjean is a French Catholic priest specializing in bioethics. This article originally appeared on his blog Padre Blog. It was translated by Liliane Stevenson.