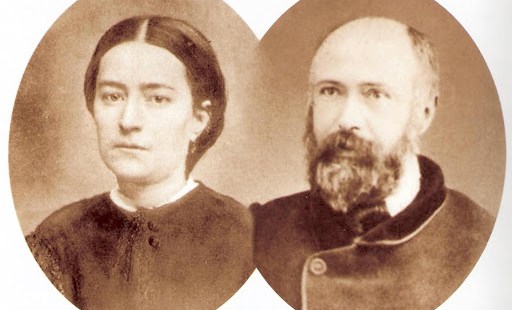 Canonization expected to take place at October Synod on the Family

The parents of St. Thérèse of Lisieux, Louis and Zelie Martin, will be canonized after Pope Francis today approved a miracle attributed to their intercession. They will be the first married couple in the Church’s history to be canonized together.

The miracle involves a little girl in the Archdiocese of Valencia, Spain, according to promoters of cause of canonization. Born prematurely and with multiple life-threatening complications, the little girl, named Carmen, suffered a major brain hemorrhage, which could have caused irreversible damage. Her parents prayed to the Martins for their daughter. The little girl survived and is now healthy.

During an audience this morning with Cardinal Angelo Amato, Prefect of the Congregation for the Causes of Saints, the Holy Father issued a decree confirming the miracle, the Vatican said in a statement.

Pope Francis is now expected to consult with cardinals at a consistory in June on possibly holding the canonization ceremony during the Ordinary Synod on the Family, to take place Oct. 4-25.

Last month, Cardinal Amato revealed the canonization would take place this year, in the same month as the synod. “Thanks to God in October two spouses will be canonized: the parents of St. Thérèse of Lisieux,” he said.

Blesseds Louis Martin and Marie Zelie Guérin Martin were married in 1858 and of their nine children, five entered religious life while the remaining four all died in infancy. Zelie Martin died of cancer in 1877 aged 45; Louis lived until he was 70 and died in 1894. The couple were beatified in 2008 at a basilica dedicated to their daughter in Lisieux.

Their beatification – believed to be the first of parents of a saint – exemplified the important role parents play in their children’s human and spiritual upbringing.

Pope Francis venerated the relics of St Thérèse, her parents and another couple, Blessed Luigi and Maria Beltrame Quattrocchi, before last year’s extraordinary Synod on the Family. St. Thérèse is the patron of a worldwide adoration novena for the synod which began in February, takes place on the first Thursday of every month, and will end on October 1, the feast of St. Thérèse.

The Pope also today promulgated decrees of heroic virtue for seven individuals including three laypeople, raising them to the title of “Venerable”.

– Servant of God Francesco Gattola, diocesan priest and founder of the Daughters of the Most Holy Immaculate Virgin of Lourdes, born September 19, 1822 in Naples, Italy, died there January 20, 1899;

– Servant of God Vincenta of the Passion of the Lord (nee Jadwiga Jaroszewska), founder of the Benedictine Samaritan Sisters of the Cross of Christ, born March 7, 1900 in Piotrkow Trybunalski, Poland, died November 10 in Warsaw, Poland).