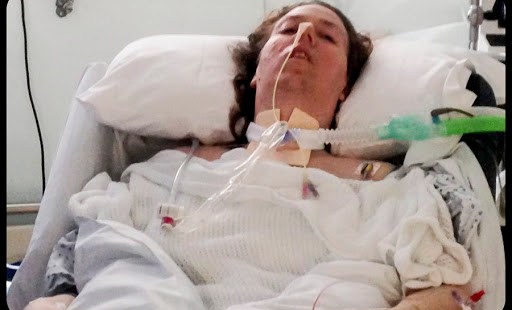 Those who have recovered from a near-death experience or who have been in a coma will tell you: the sense of hearing is the last thing to go.

For a British woman who was in a coma, what she heard was both terrifying and reassuring.

According to a couple of British tabloids, Jenny Bone, a 40-year-old mother, was in a coma when she heard a doctor asking her husband about switching off her life support. That itself must have been terrifying to hear, as she lay in a medically-induced coma after collapsing from a rare condition.

But she must have been reassured when she heard her husband, John Bone, rule out that course of action.

The 58-year-old husband held out for life in spite of a conversation the couple had once had, in which she said she wanted to die if incapacitated permanently.

Mrs. Bone, who was feared to have catastrophic brain damage after going into cardiac arrest, has recovered and now says she is relieved her husband went against her wishes. She tells her story in The Daily Mail:

"I was aware of conversations around me," she said. "The most frequent one was being turned in the bed. A familiar ‘ready, steady, turn’ would come from the nurses.

"The most alarming was between a doctor and my husband enquiring as to my wishes surrounding being kept alive on a ventilator and that they were unsure whether my mental ability had been impaired due to lack of oxygen while they were attempting to restart my heart.

"There was an agreement that I should continue to be kept on the ventilator to give a chance for an MRI scan to be done to see if I had any brain function.

"I was not even responding to a basic reflex test, which is why the doctor thought I was not going to have a chance of recovery. I am very pleased my husband gave me that extra time."

She wasn’t responding to the stimulus test because of paralysis, she told the Mirror.

After collapsing last March, Mrs. Bone saw a doctor, who suspected she had Guillain-Barre syndrome, a condition that involves the immune system attacking the peripheral nervous system and leaves the brain unable to control muscles. She and her husband claim the letter was handed over but not acted upon and she was initially told she had a chest complaint, the Mail reported.

"Hours later she stopped breathing and went into cardiac arrest," said the media outlet. "She was given a tracheotomy to help her breathe and was placed in a light medically-induced coma. She was on a respirator in an intensive care unit when a doctor raised the subject of ending her life a few days later."

Her husband explained, "He said they didn’t know how long she was deprived of oxygen and there could be a range of deficits and it could be time to turn the machine off. I said it was far too early."

The Miror reported that the woman heard doctors ask her husband, "What are your wife’s wishes about being kept alive on a ventilator?"

While in intensive care, Bone was finally diagnosed with Guillain-Barre syndrome. "Doctors realized she had a chance of surviving if kept in the coma to allow her body to repair itself," said The Mail.

A hospital spokesman said: "We are glad that Mrs Bone is recovering from her illness. However, we are sorry she did not have a positive patient experience. We are investigating the concerns raised."