Why the “Brad Pitt of Mexico,” Eduardo Verastegui, Left Acting to Make Movies for God 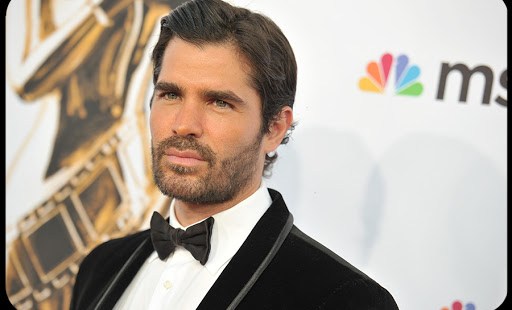 Eduardo Verástegui put his faith at the center of his career

At 28 years old, Eduardo Verástegui was a rising star. After his success as a telenovela actor in his native country of Mexico, he landed coveted roles when he came to America, including a role opposite Jennifer Lopez in a music video, posing for Calvin Klein, and a lead in the 2003 romantic comedy Chasing Papi.

But just as his Hollywood career was taking off, Verástegui made a decision that changed the course of his life and career: He decided to leave the Hollywood scene—at least the way he was living it. In an interview with Guideposts, Verástegui said it all started with conversations he had with his English tutor.

“In a very subtle way, she was asking me a lot of questions that were challenging me. ‘Are you a part of the problem or the solution?’ ‘You’re Latino. A lot of people think Latinos are what they see on film and television, how are you changing that?’ ‘Are you using your talents in a selfish way or are you using your talents to create things for your community?’ ‘What do you want to do with your life?’ ‘What’s the purpose of your life?’ Imagine six months of that. Simple conversations in the living room, after English class.”

Verástegui, who has been called "the Brad Pitt of Mexico," rededicated himself to the faith of his childhood, Catholicism, and began to make career choices though the lens of his faith. Many auditions and opportunities offered to him no longer aligned with his Christian beliefs so the actor became a producer and director in order to help create the kind of stories he wanted to share with the world. His first film was Bella, an indie flick that focused on the dignity of unborn life and won the People’s Choice Award at the Toronto Film Festival.

Now, 12 years later, Verástegui’s second film is set to be released—a drama called Little Boy. Co-written by Alejandro Monteverde  and Pepe Portillo, the film is about a seven year old boy named Pepper and his fantastical attempts to bring his father home from the front lines of World War II. Small-town America themes lke friendship, faith, love, and family are explored in the film. Two-time Oscar winners Tom Wilkinson and Emily Watson star in it, as well as comedian Kevin James, David Henrie, and newcomer Jakob Salvati. (Henrie was actually changed working on Little Boy, rededicating his own life to God, in the footsteps of Verastegui.)

In a 2012 interview with Leticia Velasquez, of Catholic Media Review, Verástegui said that many young people love Hollwood because they think it’s a path to happiness. "This is the capital of temptation, where they have emptiness. So that’s why I think if you give [kids] true love at home they will know what is the right thing to do with their own dreams." His advice to parents? Don’t ask "what do you want to  do when you grow up?"

"I don’t think this is the right question, " said Verástegui. "It should be ‘What do you think God wants you to do when you grow up?" You start involving God in their lives since the beginning. ‘What do you think God wants from you?’ ‘Have you ever thought about what is the mission which God has created you for?’ If you keep asking that instead, how different everything would be."