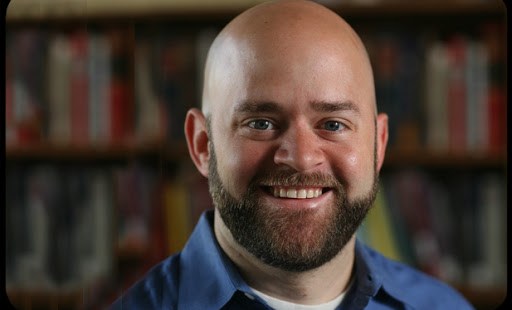 ROME — It won’t be long before two women can have a baby of their own, with no biological contribution from a man at all.

So says Carter Snead, director of the Center for Ethics and Culture at the University of Notre Dame.

Snead, who once served as general counsel to the President’s Council of Bioethics under George W. Bush, said that at the current rate of developments in reproductive technology, sperm and eggs may soon be created from human skin cells.

But it doesn’t have to be this way, says Snead, who together with the Center is trying to re-inject Catholic values into science and bioethics.

Snead was in Rome for the center’s medical ethics conference. He sat down with Aleteia for a wide-ranging interview exploring the threat of euthanasia, which he said is based on eugenics; how reproductive technologies are diminishing the virtue of adoption, and Notre Dame’s efforts in maintaining its Catholic identity and his hopes for the Center of Ethics and Culture.

What is the mission of Notre Dame’s Center for Ethics and Culture?

Its purpose is to share and transmit the richness of the Catholic moral and intellectual tradition both on campus for students, faculty and staff, and to assist the leadership of the university in promoting the Catholic identity and mission of Notre Dame. But we also have an external dimension to our mission, which is to project Notre Dame’s voice into the public square in the name of authentic human dignity and the common good.

Every year Notre Dame also sends students to the March for Life. This year we sent 700 students. The Center for Ethics and Culture, among other things, pays for most of that. Fr. [John] Jenkins, our president, was there, so it is a great way that the Center and Notre Dame and its fantastic students can bear witness to the great good of human life in a public way.

Tell us about the Medical Ethics Conference being held here in Rome.

Every year we bring a number of physicians and other healthcare providers, many of whom are Notre Dame alumni, to come and spend the week in Rome. This is a special year as it’s our 30th anniversary, and every five years we do it somewhere other than Notre Dame in South Bend. So it’s in Rome this year. It was in London five years ago. The conference is an intensive series of lectures and small group discussions to give these physicians an opportunity to reflect more deeply on the human and ethical dimensions of the area they pursue in their vocation.

What were the principle hot-button issues you covered this year?

The bookends were two lectures: we began the conference with a lecture from John Keown from Georgetown University, who was a Fellow with us at the Center for Ethics and Culture this year. He gave a talk about euthanasia and assisted suicide and offered an international overview of the state of play of the law, and the public policy there. I think that’s a very significant area of concern that is becoming more so as the years go on. There’s a huge movement afoot to liberalize the laws, to permit euthanasia and assisted suicide, and that’s deeply problematic because it will endanger very vulnerable populations through fraud, abuse, duress and mistake. A legalized regime of euthanasia and assisted suicide will almost certainly result in a substantial number of involuntary and even non-voluntary mercy killings, and the people who are most at risk are those who are on the fringes of society: the elderly, those suffering from dementia, minorities, the disabled.

Those on the “peripheries," as Pope Francis would say.

Yes, exactly. In fact, it’s interesting because euthanasia and assisted suicide is an unusual topic within bioethics because it doesn’t easily map on to the political spectrum. Obviously, with the life issues, abortion and so on, generally in the US there is a pretty close correlation between someone being pro-life and someone being more politically conservative. For better or worse, that just happens to be the correlation in our politics right now. But with respect to euthanasia and assisted suicide, at least in the United States, you still have folks who would identify as liberal or progressive who are still opposed to the notion of physician assisted suicide and euthanasia.