Jesus’ House and the Willful Misunderstanding of Atheists 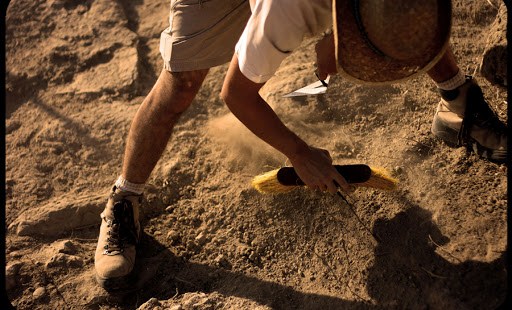 You may have seen the article floating around the internet over the last few weeks about the possible discovery of Jesus’ house in Nazareth. The headline read: “Archaeologist May Have Discovered Jesus’ Childhood Home."

It’s an interesting article about a house in Nazareth that was initially found in the 1880’s by an order of nuns that accidentally discovered an ancient cistern, started digging around it, and eventually unearthed a complex of walls and structures and caves that had long been buried. In the 1930’s, a priest, who had been an architect, did some more excavations at the site and uncovered some more of the buried structures.

That’s where things were left until Dr. Ken Dark, an archaeologist from the University of Reading, did extensive excavations of the site in the last several years. He found archaeological evidence that convinced him that he had come across a 1st-century Jewish home. Not only that, but this 1st-century home had an ancient Byzantine church built over it, and then a Crusader church built over that some centuries later. Dr. Dark, based on the available evidence, speculates that the Byzantine church may be the Church of the Nutrition, which the Byzantines built over a house that they thought to be Jesus’ childhood home there in Nazareth, but that has been lost to history – although, maybe no longer.

No claim was made that this was, in fact, without a doubt, the childhood home of Jesus. The article simply stated that based on the evidence, this was a possibility. At the very least, there is evidence that folks from very ancient times apparently thought it was the home of Jesus’ youth.

Okay, so what does all of this have to do with atheists? Well, lately I’ve been doing a bit of reading at atheists’ blogs and such, trying to learn exactly what it is atheists believe and why. After all, as a Catholic apologist, if I’m going to talk about atheists, I do not want to misrepresent their thoughts and beliefs, and I also want to know what their arguments against God are so that I can counter them with arguments for God.

So, I came across an article at the “Friendly Atheist” blog written by someone who goes by the name, Terry Firma that was a response to the article about Jesus’ house possibly being found in Nazareth. I wanted to share how some fair-minded, tolerant, intelligent, science-worshipping, God-rejecting folks reacted to the story about Jesus’ house – and not just the author of the blog post, but the folks commenting on it – to give you an idea of what you will be up against when trying to convince them of the existence of God.

In response to Dr. Dark’s claim that it is possible Jesus actually lived in this particular house and that there is, as he said, “No good archaeological reason why such an identification should be discounted,” Terry Firma stated: “It’s impossible to know whether Mark Twain once seduced opera singer Jenny Lind in the master bedroom of my 19-century home. But neither should such a possibility be discounted…Also, it’s impossible to confirm that, according to local lore, a stupendous treasure lies buried somewhere in the bay I live on. But neither can it be disproven.” He then invited his readers to join in the “game” of ridiculing Dr. Dark and his conclusions.

What he did here was to completely distort, and basically ignore, Dr. Dark’s archaeological findings, take his words out of context, and then ridicule both. There is archaeological evidence to support Dr. Dark’s conjecture that this may have been Jesus’ home in Nazareth. Evidence that it was indeed a 1st-century Jewish home. Evidence that the Byzantine church built over the home may be the Church of the Nutrition – which would be evidence of the fact that Christians from a very early time believed it to be Jesus’ home – and that the Crusader church built over it was further evidence of this belief throughout the centuries of Christendom. Is it proof? No. But it was never offered as proof.