The Meaning of Easter: Beyond the Chocolate Bunnies and New Clothes

A look at the legends and traditions, and the very real invitation to join in Jesus' triumph

Over the centuries, a number of ancient customs and beliefs have shaped society’s understanding and celebration of Easter.  The word itself comes from the name of a pagan goddess of spring, and for the Saxon people, April was “ostermonud”—that is, the month in which the harsh, cold wind ceased coming from the east—marking the end of winter. 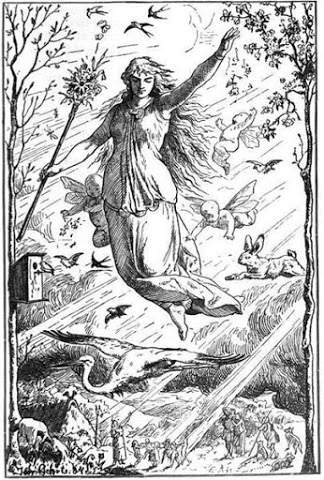 A popular Christian legend held that the sun danced in the sky on Easter Sunday; because the date of Easter is determined by the first full moon occurring after March 21, it can fall as early as March 22 or as late as April 25.  The custom of Easter eggs dates back to the ancient Persians, who used them to represent the ongoing struggle between good and evil; Christians later adopted the egg as a symbol of life coming forth from death and of the empty tomb. 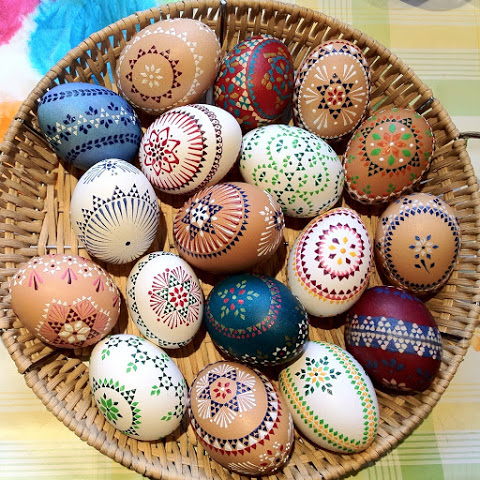 Another such symbol involves the resurrection of the mythical bird known as the phoenix.  Ancient peoples believed that when this bird reached the very old age of 500, it self-ignited and died in the fire, and then a new phoenix arose from the ashes; not surprisingly, early Christian art often used the phoenix as a symbol of Christ rising from the grave (Quotes & Anecdotes, p. 399). 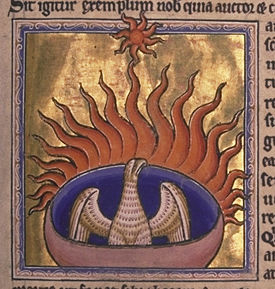 Phoenix from the Aberdeen Bestiary (Wikipedia)

Today, of course, for many people Easter is nothing more than an occasion for Easter-egg hunts, candy-filled Easter baskets, new clothes, and family get-togethers. None of these things are wrong in themselves, but as Christians, we are called to have a much deeper and personally-compelling experience of this feast.  Jesus is risen from the dead and reigns as the Lord of eternal life—and He promises to share this gift with all who have a living faith in Him.

When the women approached the tomb of Our Lord, they found that His Body wasn’t there; instead, angels informed them that He had risen, as He had promised, and they were told to share this news with others.  Easter is an event too big to be kept to ourselves; the Church is compelled to share the amazing news of Christ’s Resurrection. The Old Testament readings heard during the Easter Vigil provide a summary of God’s plan of salvation.  God created the world and everything in it, and after humanity sinned, He set the process of redemption into motion—a plan involving Abraham, Moses, the prophets, and many other holy men and women, and culminating in the death and resurrection of His own Son, Jesus.  St. Paul instructs us that through baptism, we share in Christ’s death on the cross—and this allows us also to share in His Easter triumph.  Accepting this gift, however, requires us to reject the false values of this world and instead live by the standards of God’s Kingdom; as St. Paul says, we “must think of [ourselves] as being dead to sin and living for God in Christ Jesus.”  Only if we allow the seed of new spiritual life to take root and grow in our hearts can we hope one day to share in the fullness of eternal life.

There’s a legend about a monk who found a crown of thorns—perhaps the very one, he thought, which had been thrust upon the head of Jesus Himself.  On Good Friday the monk placed the crown of thorns on a side altar of the cathedral; it looked cruel, ghastly, and painful, and all the people who glanced at it quickly turned away, for it reminded them of the ugliness and cruelty of their sins.  At sunrise on Easter Sunday, the monk decided he should remove the crown of thorns, as this bloody reminder of Good Friday would be out of place—but when he entered the cathedral, he noticed a strange fragrance, and at first had trouble seeing because of a bright light coming from the side altar.  It turned out the thorns of the crown had been transformed into roses of the rarest beauty and most pleasing aroma (Tonne,