After Baby Is Cut from Womb, Denver Archbishop and GOP Leaders Call for New Law 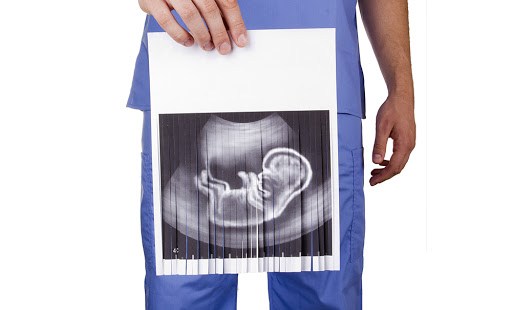 A top Colorado Republican and Denver’s archbishop have urged state lawmakers to approve a fetal-homicide bill. Their words followed a county prosecutor’s announcement he would not file a homicide charge against a woman accused of stabbing and killing another woman’s eight-month old fetus.

According to the Associated Press, state Republican leaders said that a first-degree murder charge against the alleged assailant, Dynel Lane, was insufficient:


State Senate President Bill Cadman announced Friday that Republicans would try for the third time to get such a measure passed.

"This was a child. A child was murdered," he said in a statement. "That Coloradans have no way to hold the murderer responsible, or deliver justice for the victims, is a gap in Colorado’s justice system which can no longer be ignored."

On Friday, Lane was charged with attempted first-degree murder, assault with a deadly weapon, and unlawful termination of a pregnancy. She could face more than 100 years in prison if convicted, Garnett said.

The unlawful termination charge was filed under a new law intended to be a compromise between opponents and supporters of abortion rights. The maximum punishment for the felony is 32 years in prison, while a person convicted of homicide in the state could face the death penalty or life in prison without parole.

Colorado has twice rejected proposals that would make the violent death of an unborn child a homicide, fearing they could interfere with abortion rights.


On the same day, Archbishop Samuel Aquila of Denver called for legal protection for the unborn and prayed for the expectant mother who was attacked, Michelle Wilkins. As Catholic News Agency noted, the archbishop released a statement in support of a new law and the alleged victim:

Voicing his sorrow and prayers, Archbishop Aquila pointed to St. John Paul II’s Gospel of Life, saying that the laws of Colorado should reflect this reality.

“There can be no true democracy without a recognition of every person’s dignity and without respect for his or her rights. Nor can there be true peace unless life is defended and promoted,” he quoted.

The archbishop asked the faithful and all people of good will to pray for the Wilkins family as they suffer the loss of their unborn child.

“I pray that God’s comfort will fill the hearts of Michelle and her family as they mourn the loss of Aurora and that the inadequate law of Colorado will change,” he said.