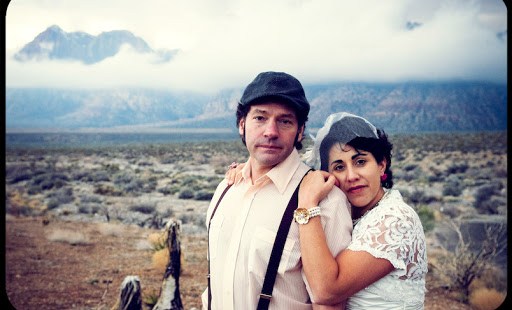 And what to do about it

In September, up to two million people are expected to gather in Philadelphia to celebrate the traditional family together with Pope Francis at the World Meeting of Families. Just a couple of months prior to this, the Supreme Court might determine “same-sex marriage” to be a constitutional right. These major events give us an indication of the broad spectrum of radically different views that exist today on what marriage is and ought to be.

How are we to understand marriage and family today with so many contradictory perspectives? First we have to understand how we got here. Almost everything that marriage once brought together has been split apart as a result of the Sexual Revolution. Let’s look at some of the consequences.

1. Sex has been divorced from children

The invention and proliferation of the contraceptive pill in the 1950s and 1960s made it possible to spread the lie that sex could be conducted for pleasure alone, without any unwanted consequences—like babies.  As described by Saint John Paul The Great in Evangelium Vitae, the danger with contraception is how it puts personal fulfillment at the center of life’s meaning and fosters a self-centered concept of freedom, a freedom divorced from truth.

Freedom is not the ability to do whatever you want to do, but to do what one ought to do. This is the difference between a freedom that will make you a slave under your sins or a freedom that will set you free through discipline and self mastery. When pretending that sex is sterile we are no longer living according to the truth of the human person, and that puts us on a path to self-destruction. The fact that about 60 million children have been aborted since 1973 should be evidence enough.

2. Sex has been divorced from love

In his book Three to Get Married, Fulton Sheen makes the following distinction: “In sex the male adores the female. In love the man and woman together adore God. Sex seeks the part; love the totality.” In the hook-up-culture, ubiquitous on college campuses today, sex is seen as just another recreational activity with no deeper meaning. It essentially favors male sexual desires while leaving females feeling disconnected and jaded. This has led to more STDs and unintended pregnancies, increased sexual violence as well as introduced a range of emotional and psychological problems that become barriers to authentic love.

3. Love has been divorced from commitment

Love is not seen as an action, a promise and commitment anchored and sustained in the will. It’s rather based on a hedonistic mindset that sees love as an emotion, an intangible sentiment constructed in the mind and backed up by some butterflies in the stomach and physical attraction. With the introduction of “no-fault” divorce in the late 1970s and early 1980s, couples could split up for any reason, like “falling out of love”, or no reason at all. This legislative policy is erroneously based on the idea that marriage is primarily about adult romance.

4. Marriage has been divorced from children

Almost half of all “first babies” in the U.S. are now being born to unwed mothers. For Millennials, out-of-wedlock childbirth is the norm. With more cohabitation comes less family stability which in turn creates more single-parents. Single parent families are more prone to poverty and children who grow up without their fathers are much more likely to use drugs, commit crimes, become teen parents and spend time in jail.

5. Children have been divorced from sex

The inverse of contraception and abortion is children as entitlements. With reproductive technologies practices such as egg and sperm donation, IVF and surrogacy, it is no longer sex that makes babies but doctors and fertility agencies. Parenthood today is becoming a commercial enterprise, not determined by the biological union that created the child, but rather legally assigned according to adult intentions and desires.