The Devil is Real 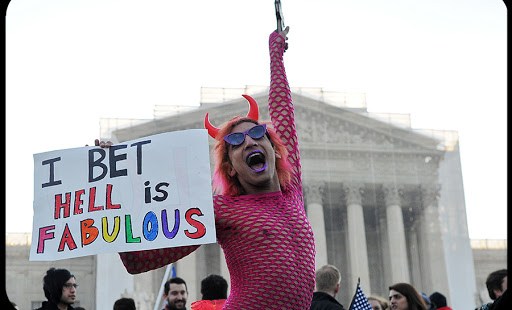 Is the devil real? Here is Msgr. Ronald Knox on that: “It is stupid of modern civilization to have given up believing in the devil, when he is the only explanation of it.”

Monsignor Knox, eminent British convert, author, retreat master and translator of the Bible, may have been indulging in irony. But irony doesn’t change the fact that the devil and his demonic associates exist.

I came across the Knox quote in Manual for Spiritual Warfare, newly published by Tan Books and edited by Paul Thigpen. “Like it or not,” Thigpen begins his thoughtful introduction, “You are at war. No matter who you are—whether or not you know it—you have a mortal enemy who wants to destroy you, not just in this life, but in the next.” That enemy is of course the devil.

As chance would have it, a copy of the manual reached me shortly before last Christmas, when the news was all about the murder by fanatics of 150 children and teachers in a school in Pakistan. As this is being written, the world is stunned by the action of a German pilot who deliberately flew his airliner into an Alpine mountainside, killing 149 others along with himself.

Human agency obviously was operative in these events, as in other recent horrors, but it’s easy to glimpse a devilish hand in them too—and also in the multitude of less ostentatious but hardly less destructive acts of cruelty, dishonesty and lust that darken everyday life.

The standard response to this kind of thinking is to laugh it off. The devil has become a joke. Nothing may have done more to kill belief in Satan than all those cartoons in which demons trade one-liners amid unthreatening flames with balding gents fresh off the links of a country club.

It figures. Getting people not to believe in him is one of the devil’s favorite tricks. The cartoons help.

But there’s too much evidence of his existence for disbelief to be a viable option. The testimony is abundant in Scripture, the magisterium, writings by and about the saints, and contemporary accounts of demonic manifestations and exorcisms.

“It is a mark of the Evil Spirit to take on the appearance of an angel of light,” St. Ignatius Loyola reported from experience. St. John Vianney was tormented by a demon for 35 years and gave him a nickname—grappin, the wrestler. St. Teresa of Avila and Padre Pio, among many others, knew the devil well.

Years back a comedian got laughs by saying, “The devil made me do it.” The devil can’t make us sin, though—that takes an act of human will. But the devil is ceaselessly at work offering inducements—temptations —to our propensity to choose evil.

“The devil exists and we must fight against him,” Pope Francis says. Manual for Spiritual Warfare is a handbook for the fight. It contains magisterial and scriptural texts, testimony from saints, prayers, devotions and hymns. Bound in sober black like traditional manuals of prayer, it’s meant to be used.

There are two extremes to be avoided in this matter—fearful obsession with the devil and ignoring the fact that we live on a battlefield, with Satan and his forces drawn up against us. The letter to the Ephesians puts it best: “We are not contending against flesh and blood, but against the principalities, against the powers, against the world rulers of this present darkness, against the spiritual hosts of wickedness” (Eph 6.12).

The devil is real.