First, They Call Us Bigots… 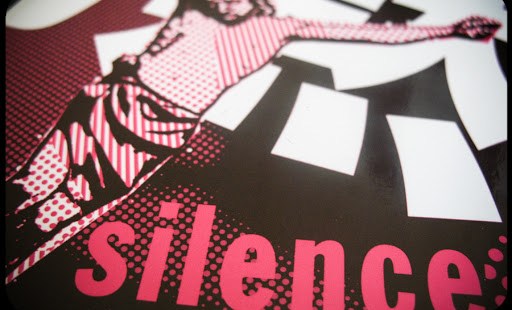 In America, Christians are nearing the dark part of a familiar cycle

The “national freak-out” about Indiana’s religious freedom law is telling. It shows where Christians in America stand in an age-old cycle that the world has put us through repeatedly.

Indiana’s law did nothing but apply a common principle: If I want to print anti-abortion pamphlets that a printer doesn’t like, the printer can decline my job. If Aryan Nations wants to hire me to make white supremacist pamphlets for them, I can decline their job.

But many cultural elites think Christians (and Orthodox Jews, Muslims, and traditional Hindus, by the way) are in a special category when it comes to our beliefs about marriage. We’re bigots, you see, and bigots have no rights.
How is it possible that we have come this far in a nation that to this day remains predominantly Christian?

We have seen again and again how Christian nations can turn against the Church. Once the cycle starts, it gets uglier and uglier — until it gets so ugly that the enemies of the Church are shown up for what they are, and finally defeated.
In the first part of the cycle, Christians are made to be the bad guys — they call us enemies of progress and they proclaim that our moral positions are an affront to the enlightened.

You saw this in the 20th century as Catholics became the bad guys in two places where we predominated:

• In Mexico, anti-Catholic constitutions were enacted in 1857 and 1917 outlawing many of the Church’s basic functions —and elite thinkers and artists painted the Church as antiquated, authoritarian and holding back progress.

• In Eastern Europe, the same phenomenon occurred in the middle of the 20th century as Catholic rights were curtailed in Albania, Bulgaria, Czechoslovakia, East Germany, Hungary, Poland, Romania — and the USSR.

In the next part of the cycle, they offer us the oh-so-reasonable option of just forgetting about Jesus Christ and his teachings, and going along with them.

• In Mexico, that meant the Church couldn’t teach and couldn’t speak about public issues — because that would be too sectarian, of course. Then the Church had to seek certain licenses from the state in order to worship.

• In Eastern Europe, life was tough for Catholics. In Poland, for instance, Church concessions were gained only if we agreed not to speak in favor of “activities hostile to the Polish People’s Republic."

Finally, the cycle crescendos to the point where the enemies of the Church openly intimidate and attack us.

• In Mexico, religious orders, clerical garb and many religious celebrations were banned. Then Catholics had to fight and die for their faith, producing 25 saints and martyrs, including famous teen martyr Blessed José Sánchez del Rio and Jesuit Father Miguel Pro.

• In Eastern Europe, it was worse. In Poland, schools and orphanages closed, in Romania Bibles were pulped to make toilet paper; in Albania, bishops were dressed as clowns and forced to clean public toilets. Martyrs abounded.

Ironically, official voices try to maintain an air of respectability and fairness through all of this cycle. They aren’t anti-Catholic, you see; they just fear the Church is too antagonistic — too opposed to evolving moral norms; too stuck on ancient fairy tales that hold society back.

We saw where this cycle comes from during Holy Week.

The authorities felt threatened and disgusted with Jesus Christ and his truth, and so they captured him and put him on trial.

His views were judged to be intolerable, antiauthoritarian, and dangerous.

They whipped up popular opinion so that people who had welcomed him days before cried out for his death.

And then it ended as it always does: Those who lash out against Christ expose themselves as the real bigots — and then Jesus rises from the dead.