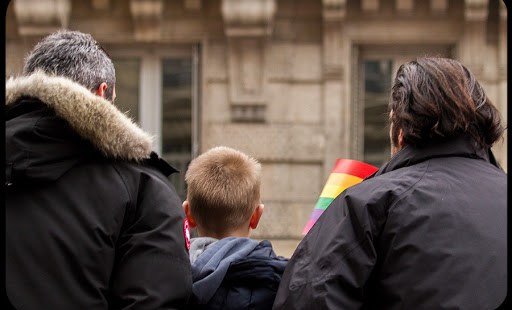 Gay advocates are going ballistic and ignoring the research

When a British science journal published an American study in January showing that emotional problems are more than twice as prevalent for children with same-sex parents than for children with opposite-sex parents, nobody expected the author, or the journal editors, to escape criticism. The “consensus” within the social science establishment is that the kids being raised by same-sex couples are doing fine, and will do even better if these parents are allowed to marry. Any researcher who finds anything different must be wrong, incompetent and homophobic.

What is a little surprising is that scholarly associations would criticize their peer, Paul Sullins, for not doing things which he patently did do in his study, and for benefiting from an allegedly slipshod peer review process that, in fact, is far more rigorous and open than anything their own favourite studies have been subjected to. Such is the quality of briefs submitted by the American Psychological Association and the American Sociological Association to the US Supreme Court last month in support of a ruling in favour of same-sex marriage.

Sulllins, an associate professor of sociology at the Catholic University of America, has replied in detail to these misrepresentations in a brief to SCOTUS jointly submitted with fellow sociologists Loren Marks, of Louisiana State University, and Mark Regnerus, of the University of Texas at Austin, and two organisations – the American College of Paediatricians and Family Watch International.

Regnerus was the first to feel the full wrath of the gay marriage movement with the publication of his landmark New Family Structures Study in 2012 and its finding that the adult children of women who had had same-sex relationships did significantly worse on many measures than the children of married heterosexual couples.

The main scientific pretext for dismissing Regnerus’ study was that he compared the most stable form of family with lesbian or mixed orientation households that happened to be particularly unstable. The APA and ASA has lazily levelled this charge at Sullins as well – ignoring the fact that most studies alleging to show “no differences” between children raised in heterosexual and same-sex families have not accounted for this variable either.

In fact, Sullins did control for family instability in Emotional Problems among Children with Same-sex Parents: Difference by Definition — in two ways.

First, he used as a proxy for stability whether a household was in its own home or in rented accommodation, since there is abundant research showing that home-owning families are much more relationally stable than renters. At the same time he controlled for the effects of income and education on the type of housing.

Second, Sullins compared same-sex families with only opposite-sex step-parent or “blended” families to test the effect of past family breakdown. In other words, he compared his whole sample of same-sex families with the least stable of heterosexual families in his data, conceding as much ground as possible to the thesis that instability is the only or main reason that children in the former seem to be at a disadvantage. Incomprehensibly, says Sullins, the APA calls this a “methodological flaw”.